As spotted by a Reddit user, it appears that Apple’s official UAE website has a page dedicated to Moon Photography as a tribute to the most iconic symbol of ‘Eid,’ an important religious holiday celebrated twice a year by Muslims all over the world. 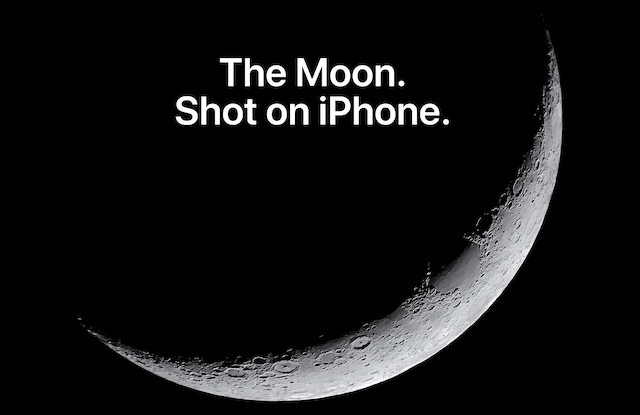 For those who aren’t familiar, the crescent symbol is primarily used to represent the moon in the Islamic culture although not necessarily in a particular lunar phase. Apple’s page shares the work of five amateur photographers from UAE, who took to desert to shoot the moon on iPhone 7 and iPhone 7 Plus through its different phases.

“With the aid of a telescope, the photographers spent 21 nights over the course of a month under the light of the stars. The result is a stunning collection of photos and videos capturing the different phases of the moon.” 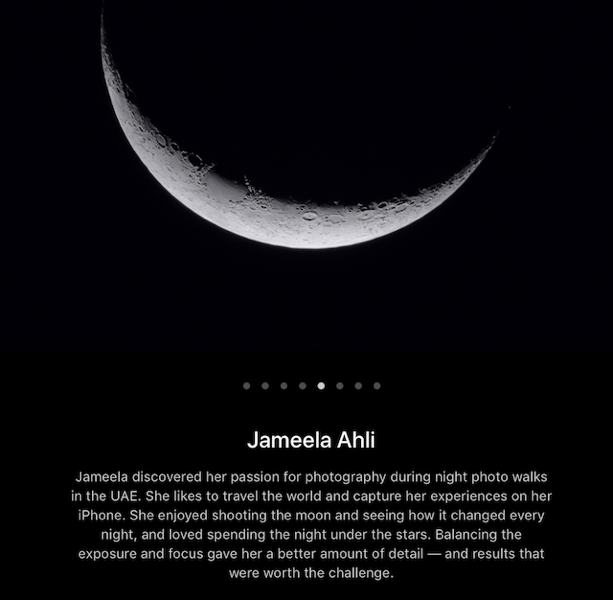 Apple has also shared a video titled ‘How to shoot the moon’ on the website. You can check it out at the source page.