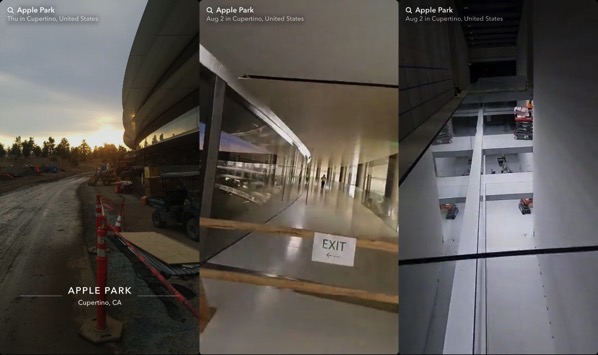 With Apple still putting the finishing touches on its new $5 billion spaceship-campus named the ‘Apple Park’, some construction workers have started posting interior photos and video clips on Snapchat, 9to5Mac is reporting. To look at these snaps, all you need to do is log on to Snapchat and type “Apple Park” in the search bar.

“Whilst this openness surely isn’t endorsed by Apple, it seems to have been going on for a long time unnoticed with snaps going back weeks.

We don’t know for sure yet but it seems like the campus is still too ‘unfinished’ for Apple to want to use it as a media event location; many segments of the main building need to be furnished and the grounds are still waiting for trees to be planted in most places. It’s hard to know from the outside whether the Steve Jobs theatre itself is in a presentable state yet, as it is mostly hidden underground”.

Although most of the snaps are average workplace photos, some of them offer a substantial look at the campus interior and a lobby that looks much like an Apple Store.

If you’re interested, you should probably check out the snaps now, before Apple pulls them for good. In the meantime, below are a few samples: 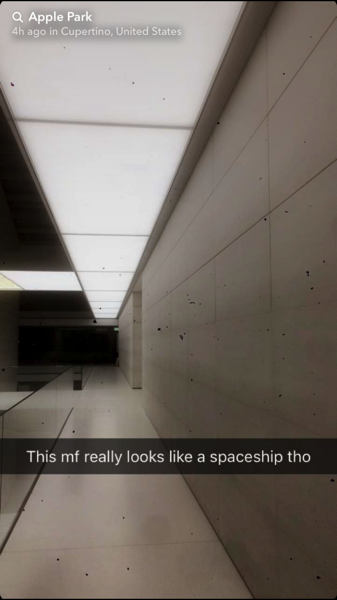 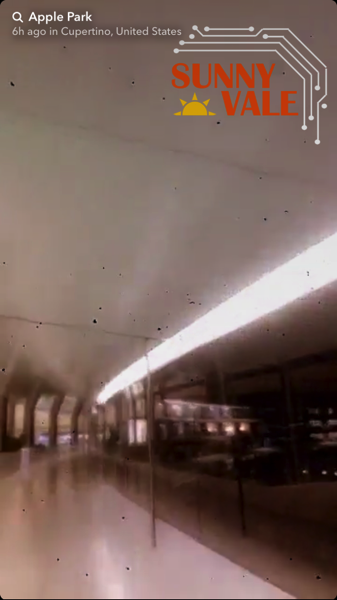 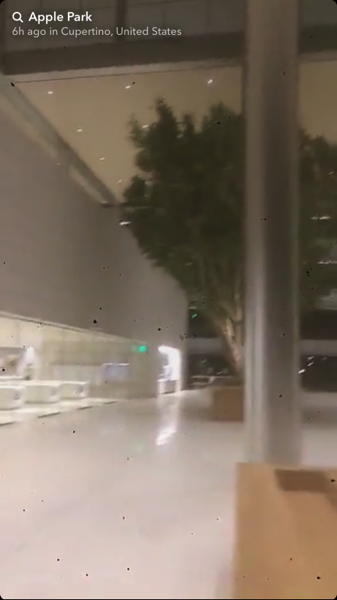