Drone pilot Matthew Roberts has released his latest drone flyover of Apple Park, with the latest update showing more progress at Apple’s new headquarters, specifically when it comes to landscaping. 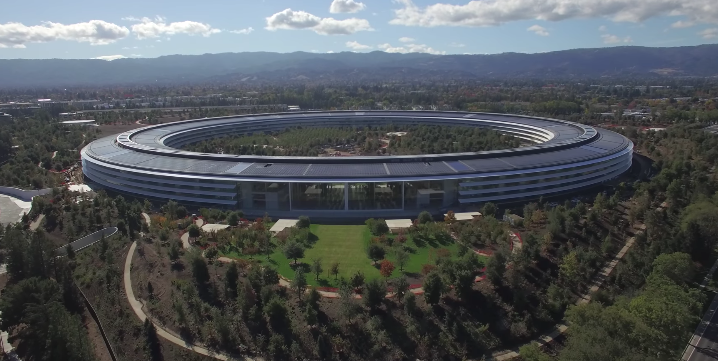 The footage shows the drone flying over the new Visitor Center, which recently opened to the public.

We also see grass laid down outside the company’s open concept cafeteria, while the pond located in the interior of the campus was recently filled with water. Roberts says outdoor food stations are nearly complete, while landscaping continues to progress outside the fitness centre.

For those visiting Apple Park, they will now be greeted by security checkpoints which are now in place. From the skies, Apple Park and its abundance of trees and other foliage blends the new building and its surroundings well into the area.

Check out the nearly two-minute video below:

Click here to read more about Apple Park and view unseen photos of the headquarters, as part of a recent Jony Ive interview with London-based Wallpaper* magazine.