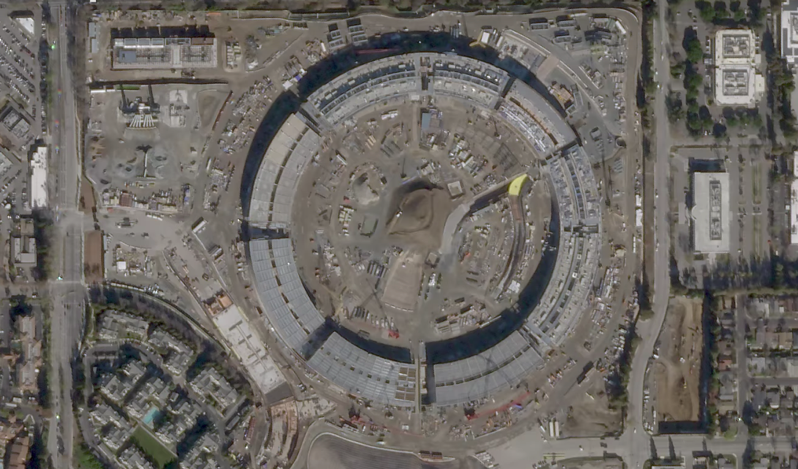 The video below shows Apple Campus from September 2015 up until May 20th of 2017—and it only takes 18 seconds to view:

Apple recently posted job listings for its Visitor Center Caffé at Apple Park, ahead of its opening, which appears to be soon.