A new Apple application published today by the US Patent & Trademark Office (USPTO) reveals an enhanced under-display fingerprint sensing technology, giving us an idea of how the company wants to incorporate embedded Touch ID feature in its devices (via Patently Apple). 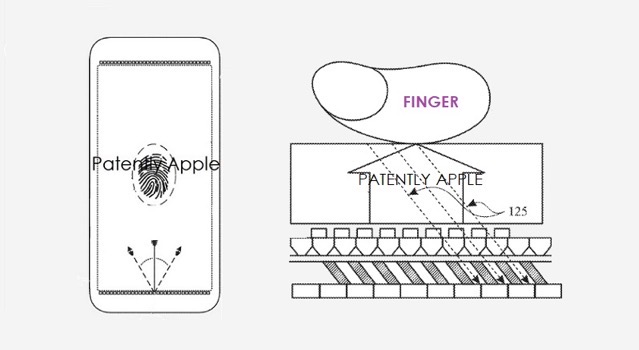 Based on off-axis angular light, Apple’s under-display fingerprint-sending system consists of active red-green-blue (RGB) pixels that emit light and illuminate the finger placed on top of the display.

The light reflected from the finger passes through the openings between the display pixels and is captured by the sensor beneath the display.

Apple’s invention provides a method to capture the off-axis angular light from the finger by insertion of angle-dependent filtering options between the display and the sensor.

This method can improve the contrast of fingerprint impressions and maintain the compactness of the entire sensing system.

In some aspects, the subject technology is directed to an apparatus for under-display fingerprint sensing based on off-axis angular light.