A newly granted Apple patent titled “Wireless device networks with smoke detection capabilities” has been published today by the U.S. Patent and Trademark Office, hinting at how future iPhones and iPads may feature onboard smoke detection hardware to alert users of a potentially dangerous situation, AppleInsider is reporting. While the patent may sound similar to network-connected products like Nest’s Protect, Apple’s solution offers a number of benefits and advantages over today’s fixed location setups. 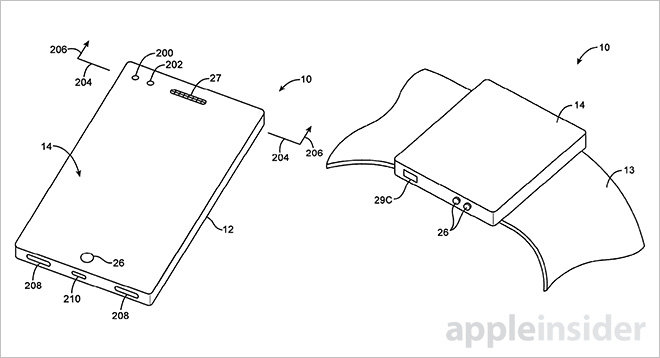 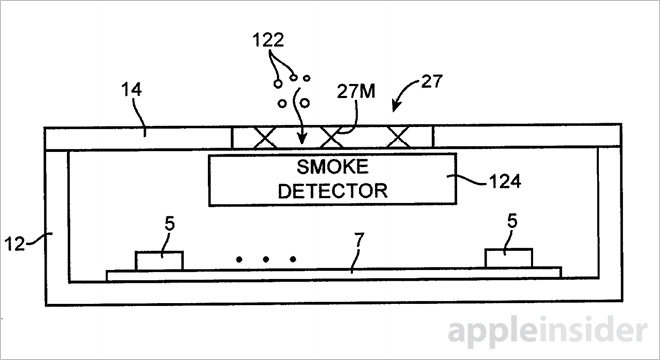 Apple describes that once the system detects smoke, underlying control software is triggered to notify the device owner, activate a fire suppression system or perform other suitable tasks.

“Authorities might also be alerted to the emergency via messages sent by a device’s communications capabilities. Information can also be transmitted regarding house address, building layout, individual device location and more. Another embodiment monitors user presence, or whether a device owner is nearby when smoke is detected. This information, along with temperature, motion and location data, can play an important role in directing firefighters to building occupants or remotely notifying home owners of a fire.”

Apple’s smoke detector patent was first filed for in May 2013.

According to a ruling from the National Labor Relations Board (NLRB), Apple deployed illegal means to suppress unionization in Atlanta this year, Bloomberg is reporting (via MacWorld). The NLRB said that Apple violated federal law by “interrogating and coercing” employees, discriminating against union supporters, and holding mandatory anti-union meetings. While the labor board has no power...
Usman Qureshi
31 mins ago

Citing two sources close to the Indian government, a report by CNBC News is claiming that India is exploring options to bring some of Apple’s iPad production to the country from China. The officials are said to be in discussions with Apple executives regarding the proposal, the sources said. The Cupertino giant, which has been producing...
Usman Qureshi
54 mins ago