Apple has been working on force-sensing technology similar to what we’ve seen branded as 3D Touch, but what makes this particularly interesting is that it could be implemented into the Touch ID home button.

AppleInsider today spotted a patent published by the US Patent and Trademark Office entitled “Force-sensitive fingerprint sensing input”, which details the mechanism and potential use scenarios of an Apple product equipped with Touch ID. 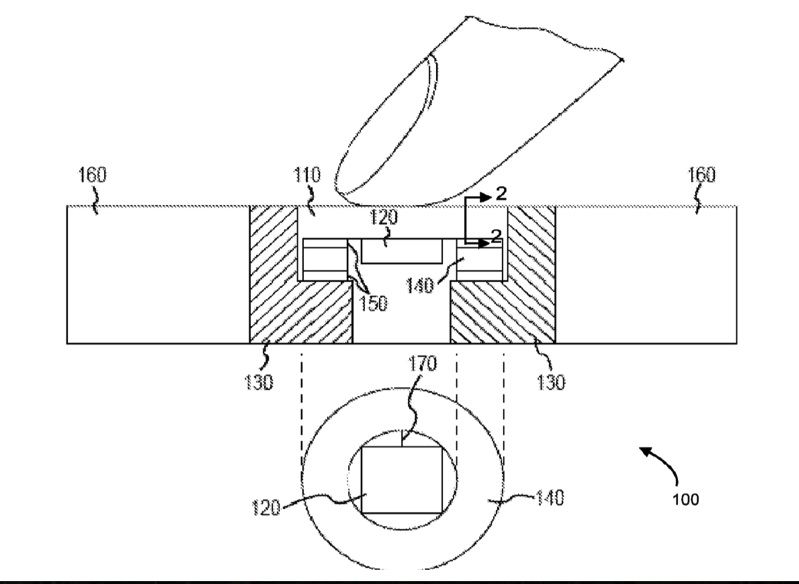 Apple’s invention goes beyond the fingerprint-scanning technology currently implemented in the iPhone and iPad. It proposes the installation of a mutual capacitance sensor below the fingerprint scanner, with two electrodes disposed to provide a measure of capacitance based on the pressure on the button, hence when the user presses the Touch ID button, the mechanism will measure the force and display the programmed result on a graphical user interface.

The solution is similar to what Apple has already implemented with 3D Touch (iPhone 6s/6s Plus): The latter measures the distance between electrodes embedded in the cover glass and those in the capacitive sensor panel.

When applied to Touch ID, the force-sensing technology could enable a diverse user experience, Apple says, such as unlocking the iPhone by a light touch, and opening the device and executing an operation with a deep press, among other possibilities.

The Apple patent application was first filed for in 2013 and credits Benjamin B. Lyon, Dale Setlak, Michael B. Wittenberg, and Shin John Choi as its inventors.