Apple has been granted a new patent today by the U.S. Patent and Trademark Office titled “Proximity and multi-touch sensor detection and demodulation“, that details how proximity sensing hardware can work with multitouch displays, such as those found in iPhones and iPads, in order to extend the user interaction area beyond the device’s display, AppleInsider is reporting. 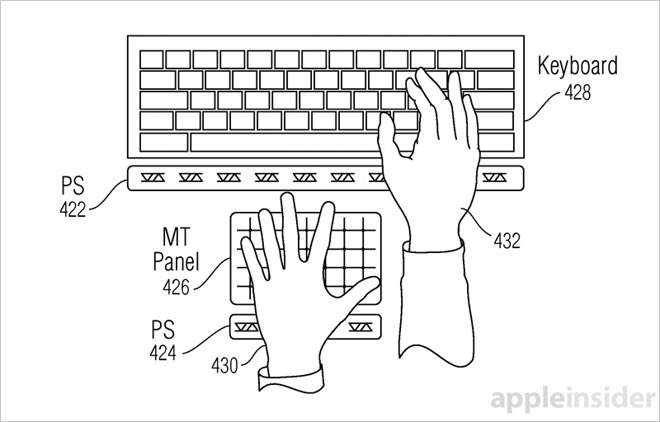 Currently, almost all non-contact user interfaces found in mobile devices depend on cameras and other specialized optical systems. However, Apple suggests a different solution, optimized for Macs and iOS devices. The invention includes a capacitive sensing element disposed throughout an LCD with multiple proximity sensors, a hybrid setup that offers a superior touch input by delivering hover gesture detection.

Translating detected motion to a GUI, users can “push” virtual buttons, trigger functions without touching a display, toggle power to certain hardware components and more. With multiple photodiodes installed, Apple would also be able to do away with the IR proximity sensor currently located next to iPhone’s ear speaker.

The patent was first filed for by Apple in March 2015, but will most likely not make its way into any Apple products anytime soon.