Apparently corroborating earlier rumours, the United States Patent and Trademark Office has published and Apple patent describing Lightning-equipped headphones. This patent is rather interesting in the light of Apple dropping the 3.5 mm headphone jack with the iPhone 7, and the Lightning port will become multifunctional on the handset (via AppleInsider). 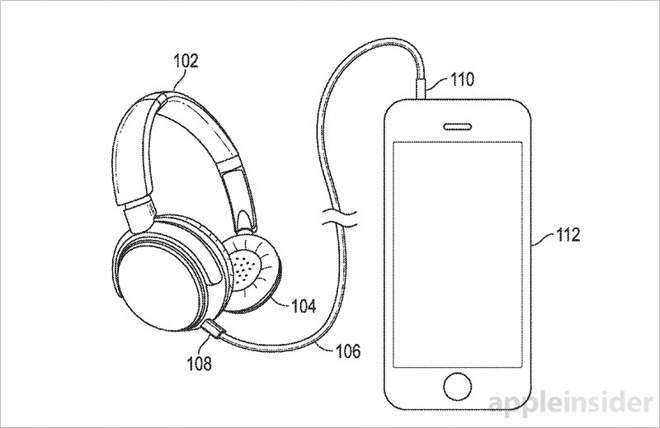 As detailed in the description, the headphones include an internal rechargeable battery, processor, memory, antenna, wired communication module, and wireless transceiver allowing communication with the user’s device.

The user’s device (for example, an iPhone) communicates with the headphones through both wired and wireless interfaces, sending authentication data (not limited to audio, though), which is then used by control circuitry to identify whether the wired headphones are the same as those connected wirelessly.

The identification match results in audio being sent to the headphones through a wired or wireless module. “The headphone is able to fall back on this buffered audio when a user switches from wired to wireless playback, or vice versa, an action that normally results in audio dropouts as the system re-establishes communications.”

The system design supports in-ear, on-ear, and over-ear style headphones. At this point it is unclear whether Apple will use this technology with the next-generation headphones, but it would be great, especially as the rumour mill claims the iPhone 7 will come with an all-in-one Lightning port. Considering that Apple already has Lightning-enabled headphones available through the Beats line of products, it just needs to use the same technology with the equivalent Apple-branded product.

According to a report from Bloomberg's Mark Gurman, Apple is parting ways with its Vice President of Procurement, Tony Blevins, after the latter was filmed making an inappropriate joke in a viral TikTok video. Blevins was one of Apple's top supply chain executives and one of Tim Cook's most effective cost cutters. Most recently, he worked...
Nehal Malik
12 mins ago