The rumour mill hasn’t stopped spilling information about the next-generation iPhone (even though the iPhone 7 has only just been launched), and AppleInsider suggests the latest patented camera technology dubbed as “super resolution” multi-sensor cameras could be something that we are going to see in next year’s handset.

Apple was awarded two patents on Tuesday (U.S. Patent Nos. 9,467,666 and 9,466,653) both detailing a multi-sensor camera assembly that fits into a very small space but is nevertheless capable of shooting images in maximum image quality. As detailed by AppleInsider, the “system splits incoming light into at least three (red, blue and green) wavelengths using a series of prisms, directs and captures the rays with independent light sensors and combines the resulting data into a “super resolution” image via specialized software.” 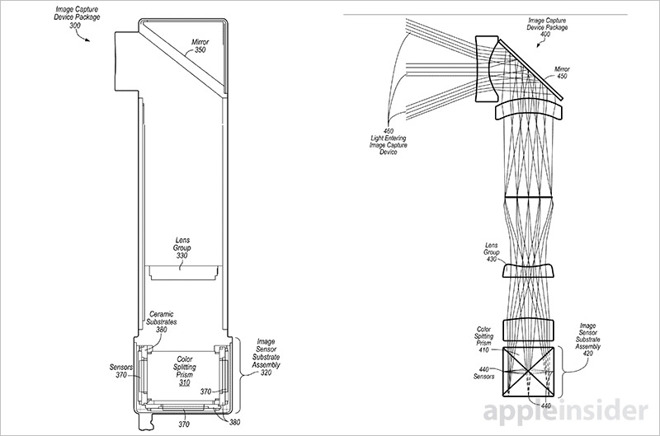 The catch is the use of the colour splitter, which serves to boost the image resolution compared to single-sensor camera systems. These systems commonly apply a “Bayer” filter to derive colour from CCD or CMOS sensor data, AppleInsider explains. The Apple-patented three-sensor cameras gather and apply nearly all incoming light, tripling the amount of light (in some cases) a single-sensor system is capable of capturing.

It remains to be seen whether this camera system will be implemented in the iPhone Apple plans to launch next year. Apple credits Richard J. Topliss and Richard H. Tsai as the inventors of the multi-sensor camera system.

WhatsApp is finally rolling out the ability for users to leave group chats silently without notifying all members of the group that they are no longer part of the conversation. When you leave a WhatsApp group silently, only the group admin will be notified that you have left the chat. Meet leave groups silently 👋...
Usman Qureshi
18 mins ago

Display Supply Chain Consultants (DSCC) analyst Ross Young has claimed in a tweet posted earlier today that Apple is planning to launch a 27-inch mini-LED external display in Q1 2023, MacRumors is reporting. Presumably talking about the first calendar quarter of 2023 i.e. the months from January to March, the analyst noted that Apple had...
Usman Qureshi
28 mins ago