A new patent application from Apple published by the US Patent & Trademark Office reveals a power management system that will work with both a power adapter and seamlessly with a portable solar panel accessory for charging on the go. Patently Apple notes that this solar power panel accessory may work with mobile devices like MacBook or iPhone, without requiring a power converter. 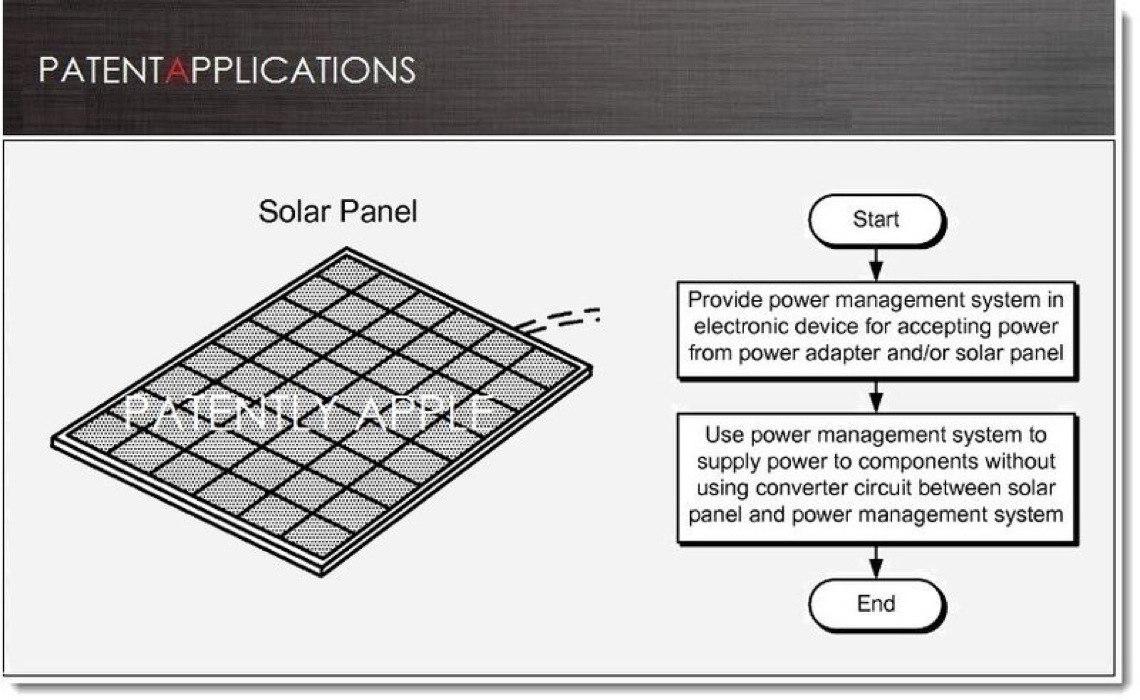 Apple credits Kisun Lee, among others as the inventors of patent application, who was hired by Samsung last year.