Apple intends to introduce a method that employs a very cool secondary display scheme that utilizes a printed segmented electroluminescence display. Apple intends to use the secondary display to introduce a set of new illuminated indicators that are able morph into various controls for work and play. Illuminated gaming and productivity controls could be built into the face-side of the bezel and/or selected back-side areas of iOS devices like the iPad.

This ‘Smart Bezel’ could possibly bring some illuminated controls that change based on what application you’re using, and could even show up on the backside of devices like the iPad. A ‘Smart Bezel’ would definitely bring a new experience to iOS devices as it would be just another way to interactive with the device. 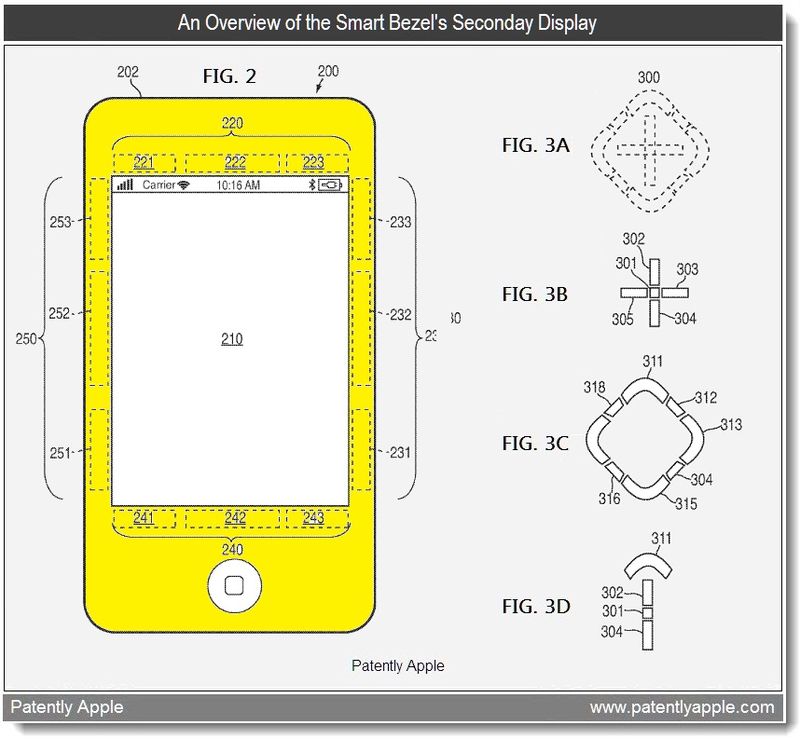