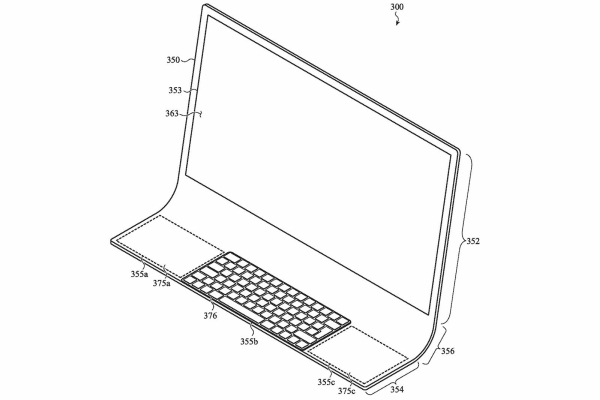 Apple has registered a new patent which shows a stunning redesign of the Mac. Although Apple has taken some bold moves in the past to usher the desktop into a new era of style in the past, one may argue this one is the most striking.

The patent shows a complete redesign of the Mac, one where it consists of only a single sheet of glass. Engadget reported that the patent was published on January 23rd through the United States Patent and Trademark Office. 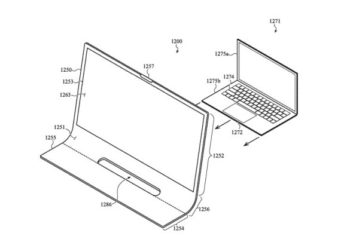 
Within the patent file, it’s stated that the Mac design features a curved sheet of glass as the upper and bottom portion of the desktop. The upper portion, of course, will hold the screen and display components, and the bottom shows an open area for users to slot in a keyboard. The slot on the bottom of the unit also shows compatibility with a Macbook, wherein a user could slot in their laptop to use the keyboard while taking advantage of a larger display. 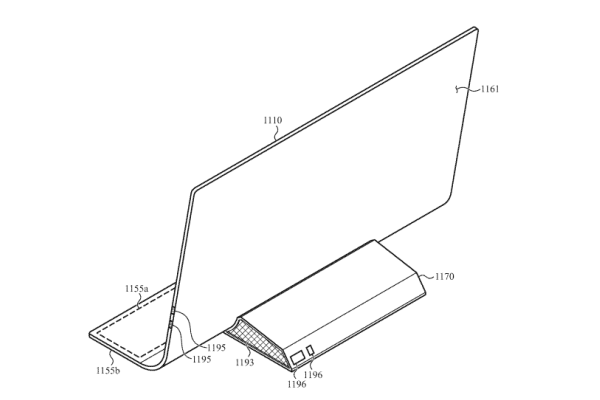 A housing unit where the bottom and top meet may become the area where all necessary processing power would be placed. It could also assist in keeping the device upright. The patent also describes the possibility of adjusting the curve to alter the display and possibly close the unit shut, much like a laptop.

It’s important to note that while patents are filed on a regular occasion, it is not guaranteed that the design will ever come to fruition. Foldable glass devices have become a bit of a hurdle for smartphones as of recently. For a full desktop unit to take advantage of that technology, Apple will have to overcome those limitations. However, it does show Apple’s willingness to envision new and bold designs for its devices.