According to a new Apple patent application published by the US Patent & Trademark Office, the Cupertino giant has added a new intelligent dimension to a future iOS Home Screen, PatentlyApple reports. In future, if a user will need to access an app quickly, such as an airline ticket, iOS will know to automatically bring that app or digital ticket up to your starting Home Page based on user’s proximity to the airport. 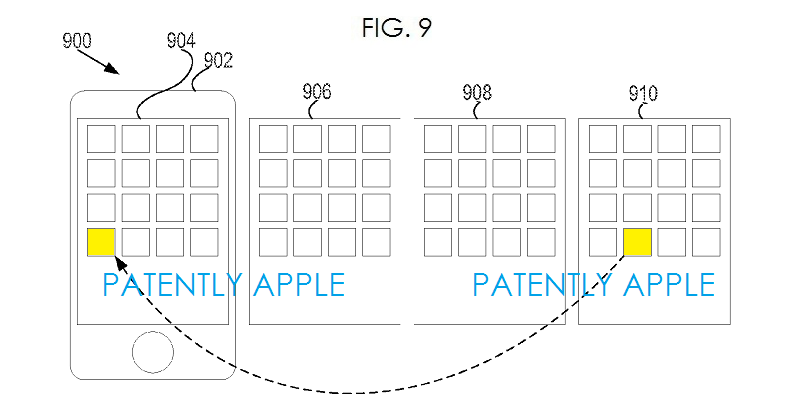 While the idea may be quite simple, it surely represents the kind of convenience that we’ve come to expect from Apple. According to an embodiment of the invention, an operating system executing on a smartphone, can automatically move an application’s icon to a prominent position in response to determining that specified conditions related to that application are currently satisfied.

“The operating system can automatically create an alias icon for the application in such a prominent position in response to determining that the specified conditions are currently satisfied, thereby leaving the original application icon in its expected (but potentially less prominent) position for later use. A set of rules stored on the computing device can specify, for each application, the set of conditions that are to be satisfied in order to make that application’s icon or alias icon prominent.

Apple also notes that their latest invention could also one day apply to future Macs.

Elon "Chief Twit" Musk on Thursday announced another move in his ongoing reform of Twitter, saying that the company will soon start telling users if they have been "shadowbanned" on the social network and providing them with an avenue to appeal the restriction. The news comes after journalist Bari Weiss published the second installment of...
Nehal Malik
47 mins ago