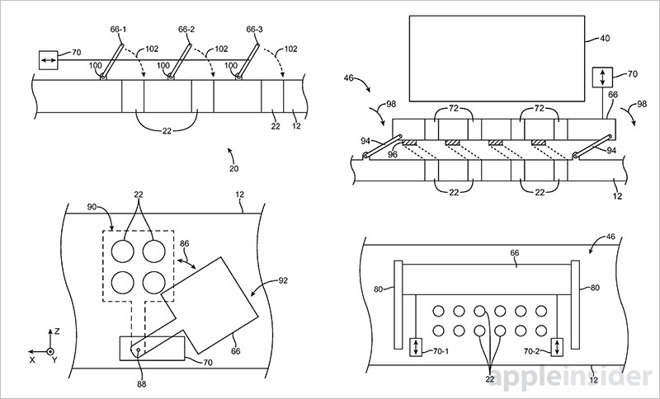 You may recall from earlier reports that Apple is actively working on different methods of protecting the iPhone from liquid damage. The latest patent application, as spotted by AppleInsider, reveals another method Apple has developed: a powered shutter system, blocking access to the speaker, microphone, and other iOS device port openings, which protects the device’s components from water damage.

The US patent for “Electronic devices with housing port shutters” describes a shutter mechanism placed at nearly all openings of the iPhone, such as speakers, headphone jack, and microphones. The system is powered electrically at the command of onboard logic; it blocks all the aforementioned openings, preventing water from flowing into the device.

What this means is that the device housing will need to be equipped with moveable shutter members, which need to be coupled with movable positioners controlled by dedicated circuitry. The system can be improved with a silicone O-ring applied to the shutter edges or integrated into the shutter itself, to ensure a watertight seal.

To activate the shutter system, the device needs to be equipped with sensing modules to detect moisture or other conditions that could damage the iPhone. The shutter system could also be activated by voice command or onscreen commands.

I have to admit that I kind of like this idea, as it could be a good reason to upgrade. But this won’t happen anytime soon, so don’t expect this feature with the iPhone 7, for example.