According to AppleInsider, the U.S. Patent and Trademark Office (USPTO) has today granted Apple a new patent for a biometric headphone system, which is able to detect a number of metrics such as heart rate, body temperature and even perspiration levels. The filing however does not detail the means by which heart rate, perspiration and other physical data is harvested. 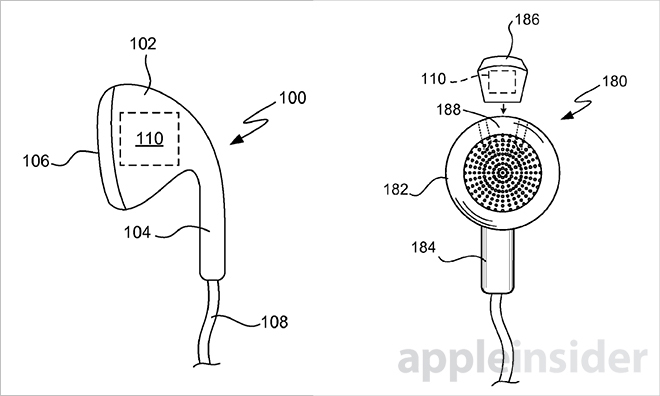 Apple’s patent titled “Sports monitoring system for headphones, earbuds and/or headsets” details a fitness monitoring system placed inside a set of headphones. Once the headset is positioned inside or even near the ear, the embedded sensor will start picking up a variety of metrics including temperature, perspiration and heart rate data. Some embodiments also suggest placement of one of more accelerometers being incorporated into the earbud chassis.

The filing notes that the headphone may be wired or wireless, with the latter utilising Bluetooth technology for data transfer.

As the activity monitor also incorporates accelerometers, Apple proposes a novel means of hands-free navigation involving head gestures. For example, users can change music tracks and adjust volume by tilting or rotating their head in predefined manners. To avoid accidental activation, a priming procedure like a button press may be used to initiate the gesture sequence.

In other embodiments, the activity sensor can be mounted within an inline housing on the headset cord. This implementation appears to be limited to motion data gathering, however, as no contact with the user’s skin is noted. 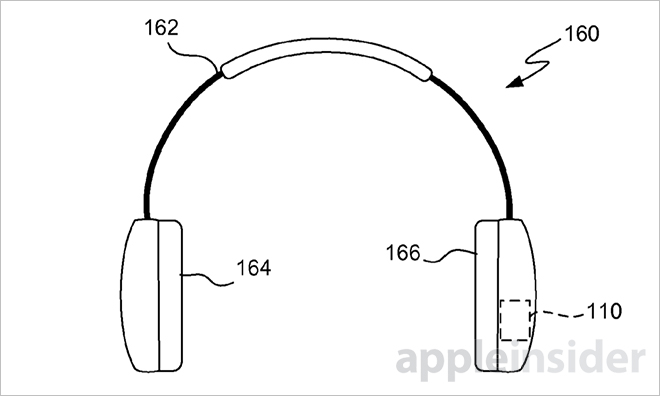 This sports monitoring headphone patent was first filed for by Apple in 2008.