A new Apple patent published by US Patent & Trademark Office today reveals company’s plans for next-generation Smart Cover which include interactive Multi-Touch panels, solar panels, inductive charging, smart pen input and lots more (via Patently Apple). The source points out that this could the first interactive iPad accessory and would serve for lots more than just screen protection or an iPad stand. 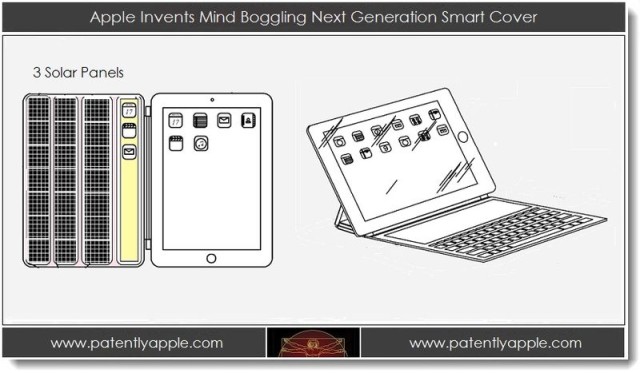 According to the filing, the future Smart Cover will likely have a power source such as built-in battery to drive it with an additional solar panel array spread across a surface of the Smart Cover to improve its battery life. Inductive charging is also likely to be supported but most interesting of all is an integrated, flexible AMOLED display for status messages and notifications.

Below are a few interesting details from the source:

Apple has invented a next generation Smart Cover that is arranged to communicate with the iPad by way of a communication channel. This future Smart Cover will include the following: a flexible flap having a size and shape in accordance with the size of the iPad’s display where at least a portion of the flexible flap is covered by a flap display configured to present visual information.

Active communication between Apple’s future Smart Cover and iPad could be accomplished either wirelessly or through a wired data connection. For example, a wireless data connection utilizing the 5 GHz 802.11n protocol could provide sufficient data transmission bandwidth to transmit a high quality video stream along the lines of NTSC 1080p 30 fps video. Apple’s future Smart Cover could alternatively or additionally be electrically connected to the iPad using any number of established standards such as DisplayPort, mini DisplayPort, DVI, and Thunderbolt.

Apple’s filing discusses a new customized connector associated with a future iPad that will be able to pass both data and power between the two devices. For example a connector similar to the MagSafe connector could be integrated with an auxiliary connector which passes data and or video.

It should be noted that touch screen technology could also be integrated into the cover display. The integrated touch screen will allow the cover display and the iPad display to have substantially similar functionality. The addition of the cover display ameliorates the limited screen area problem and makes a number of tasks significantly easier, in some cases functioning as an extended desktop. For example, reviewing two documents on a conventional tablet screen size of about 7-10 inches(confirming the coming 7″ tablet) is difficult at best.

A flap portion could include a keyboard. The fabric keyboard will be able to provide positive tactile feedback. Having a separate keyboard attached to the iPad via this next generation Smart Cover will provide a convenient viewing angle has a number of advantages. 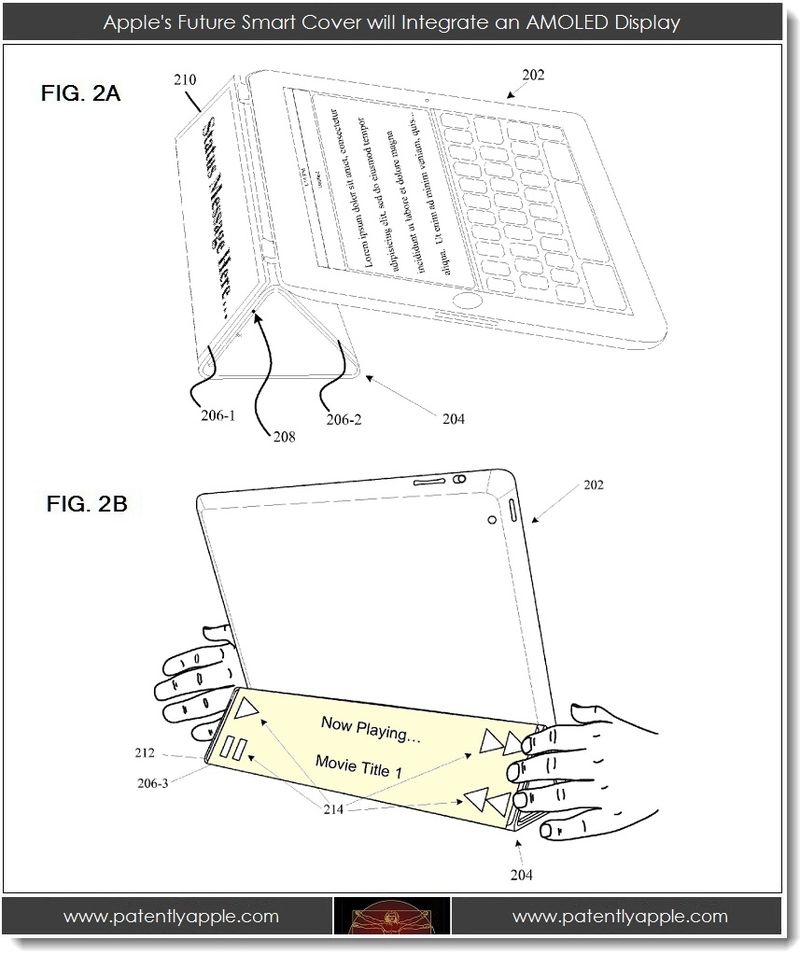 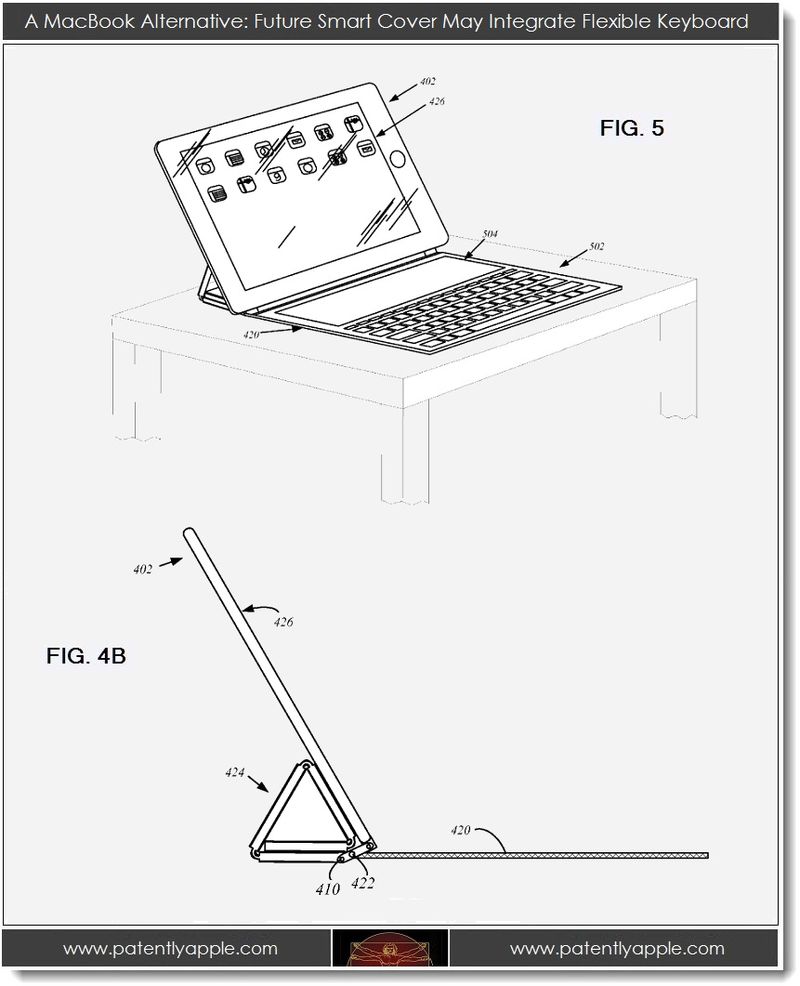 Apple’s patent application was originally filed in Q3 2011 by the inventor Fletcher Rothkopf.