Apple has just announced a landmark partnership with IBM to boost enterprise adoption, and today the company was granted a patent for a video conferencing system that can compete with Microsoft’s Round Table Conferencing device, reports Patently Apple.

Video conferencing solutions currently available usually provide low quality video content, and have an awkward construction of the supplied video cameras that capture the video of the conference locations. One noteworthy exception is the Round Table device by Microsoft, but there is a major issue with it: the transport of high-quality video from one location to another is very bandwidth intensive, claims Apple. 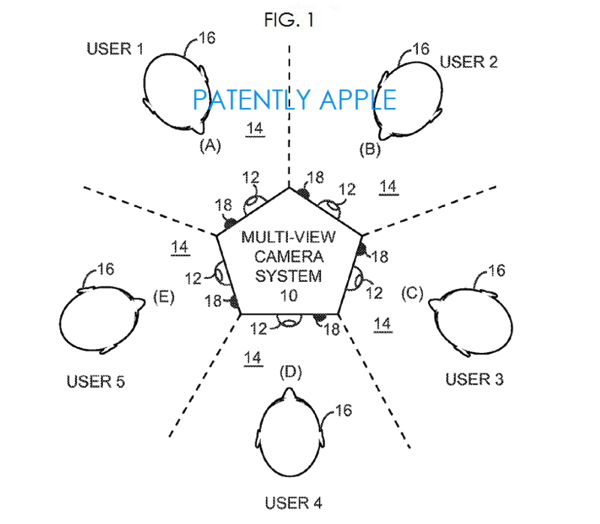 The solution Apple has patented is an invention that employs scalable video coding (SVC) in a multi-view camera system, highly suited for video conferencing.

The encoded video stream along with an audio stream for the selected audio content is encapsulated into a Real-Time Transport Protocol (RTP) stream, and delivered to a conference bridge or another conference location.

Apple credits Dany Sylvain as the inventor of the patent, which was filed in Q2 2012.