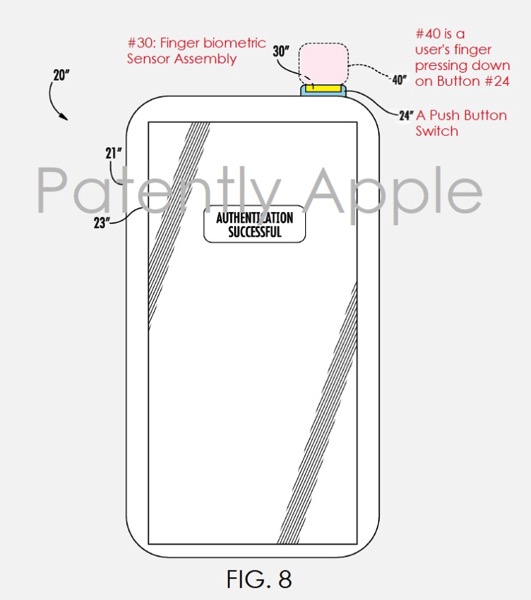 The patent also suggests that the finger biometric sensor assembly may be carried by an input device, such as the power button, along the relative thin edge of the housing.