Earlier today, Apple announced new Apple Pay partners in the United States, with Target and Taco Bell jumping on board to support the iPhone and iPad mobile wallet.

Apple also updated their Apple Pay support page to note a new bank partner has been added in Canada: Bank of America Merrill Lynch and their commercial cards. 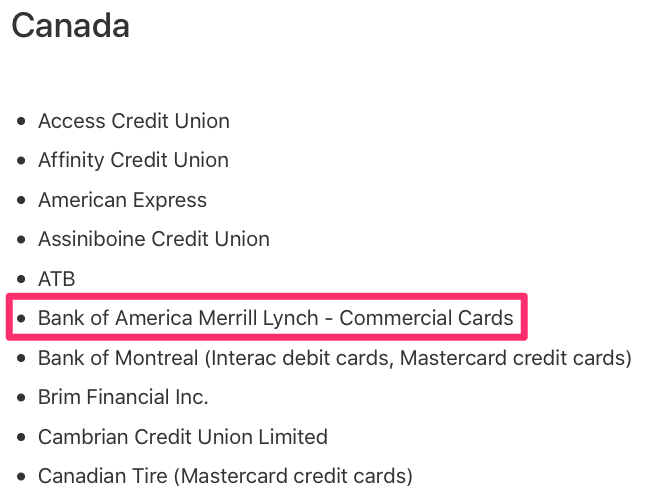 What’s interesting to note here is back in December, the Apple Pay support page first listed Bank of America down as a new partner, but today it appears it has been tweaked to note it’s for the investment bank division of Bank of America.

No other banks were added, so for those with a Rogers Mastercard, for example, your wait for Apple Pay continues.