Apple Pay has expanded one again in Canada, this time reaching more credit unions, such as Vancity in the Lower Mainland in British Columbia for Interac debit cards. 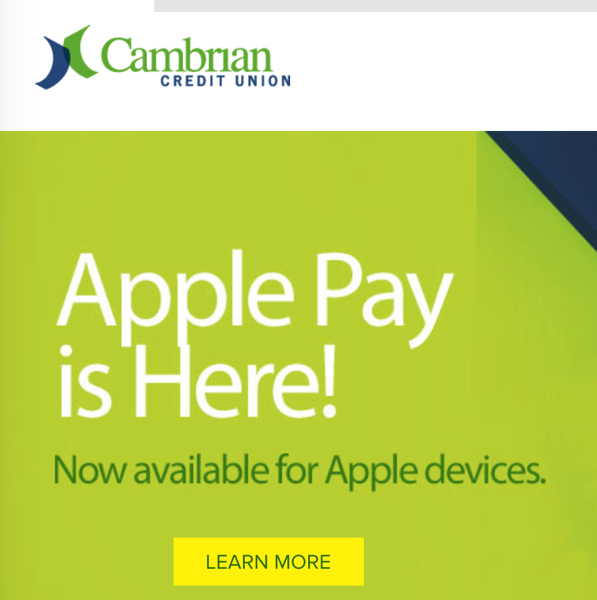 Cambrian Credit Union has the Apple Pay announcement on their website, while the others haven’t acknowledged the launch officially yet online, despite the iPhone maker’s listing of these credit unions on the web.

According to iPhone in Canada reader Glenn, he was able to verify and add his Vancity Credit Union to Apple Pay, despite being told by their call centre this was a soft launch for employees.

Let us know if you’re able to add your debit card to Apple Pay from one of these credit unions.

With Apple Pay readily available from Canada’s big banks and most major credit card issuers, Canadians are probably more interested in the day when Apple Pay Cash will make its way here.