If your college or university campus has a cafeteria or eatery run by Chartwell’s DineOnCampus network, you can now use Apple Pay at checkout, which can be incredibly handy if you don’t have your wallet with you.

The company informed customers of the new addition by email, as noted by iPhone in Canada reader Chris, seen below: 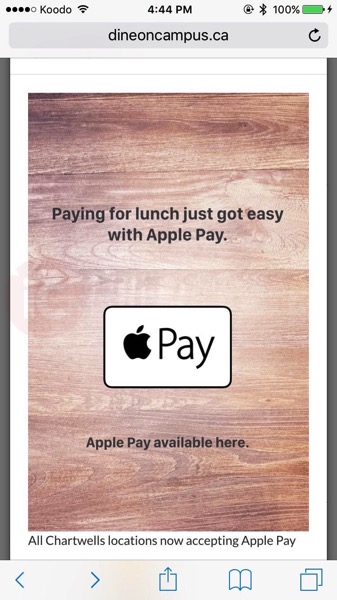 A Chartwell representative confirmed locations now accept American Express, whereas before point-of-sale terminals did not. DineOnCampus operates across select college and university campuses coast-to-coast. Let us know if you’re going to try this out.

Apple Pay currently is limited to American Express-issued credit cards, but some signs have suggested Canadian banks may bring support soon to debit and credit cards.