Apple Pay Expands To Include Navy Federal, USAA, and Several Other U.S. Banks

A number of new banks and credit unions across the U.S. Have started giving their customers access to Apple Pay, making Apple’s new NFC-based mobile payment solution available to millions of additional customers across the United States.

The most notable addition to Apple pay is Navy Federal, the world’s largest credit union which contains more than 5 million customers. Earlier this morning, Navy Federal announced that it would be rolling out Apple Pay support to all of its customers. Many of Navy Federal’s customers are active military personnel and will greatly benefit from a mobile solution for payments. Navy Federal’s vice president of credit cards and business optimization Randy Hopper said:

“We’re excited to make this new service available to our members starting today. Our members live fast-paced and mobile lives. And, they have enthusiastically adopted our mobile banking solutions. Now, with Apple Pay, they’ll be able to save time when shopping while having a safe and easy payment experience.”

USAA, PNC Bank, M&T Bank, and Barclaycard customers are also reporting Apple Pay-enabled accounts, even though the institutions have not officially announced support for Apple Pay. Apple has updated its support document to highlight some of the new banks that are supported. 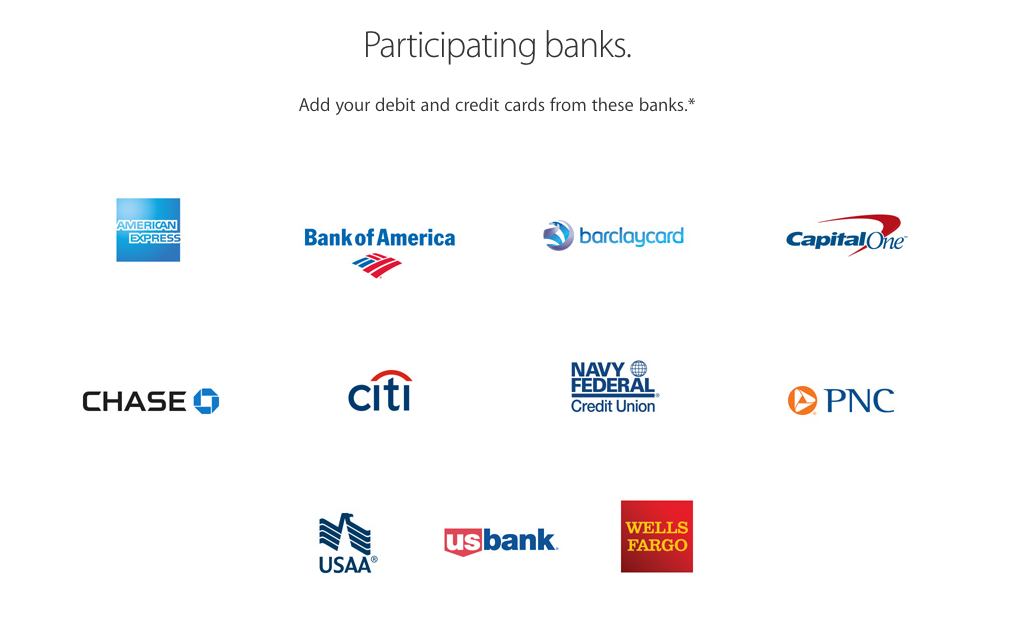 With Apple rolling out its mobile payment solution to a second wave of clients, it is certain that the company will continue to increase its lead in the mobile payments industry. The company says it’s working hard to expand to include more banks and more countries, including Canada, in the future.