Apple has just published three new ads on its YouTube channel in the United Kingdom, that highlight the security benefits of Apple Pay as compared to conventional credit cards (via MacRumors). 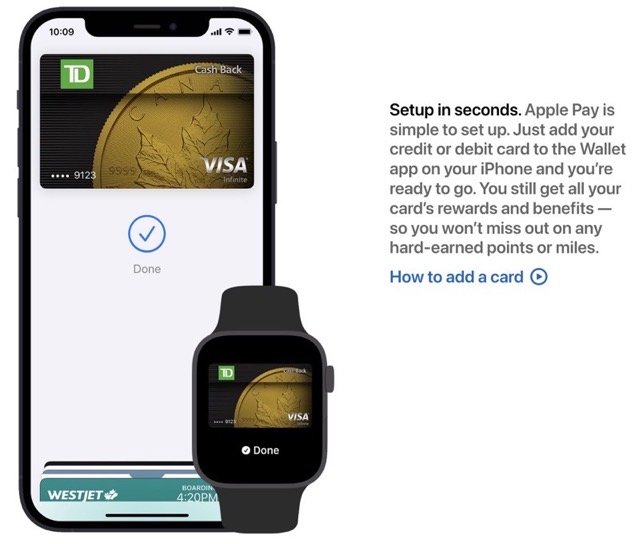 Apple’s new ads emphasize that physical credit cards can be stolen, or used by anyone, which leaves your card number exposed to other people. Apple says that all these security risks can easily be avoided by using Apple Pay on your iPhone or Apple Watch.

All three ads are embedded below:

Last week, Apple Pay went down in Canada for some users. One of the users noted that some iOS 16 beta users are experiencing Apple Pay issues with American Express terminals. The issue was later found to be affecting iOS 15 as well.

With the Rogers outage last week affecting the entire INTERAC network, and this recent Apple Pay issue, it’s a good reminder to always have some cash on hand, still.

Market intelligence platform CB Insights recently compiled information on all of Apple's acquisitions, investments, and partnerships since the start of 2018 to try and glean the company's current areas of interest (via Apple 3.0). The data not only makes for an interesting infographic but also gives us a glimpse into Apple's plans for the future....
Nehal Malik
31 mins ago

In this week's edition of his Power On newsletter, Bloomberg‘s Mark Gurman detailed what we should expect from Apple's upcoming September event. Apple is expected to unveil the iPhone 14 and more at an event in the first half of next month. On the hardware side, Gurman expects to see the iPhone 14 series, the iPhone 14...
Nehal Malik
1 hour ago

[caption id="attachment_365768" align="aligncenter" width="1000"] Image: DuckDuckGo[/caption] Privacy-focused web browser DuckDuckGo has announced that its third-party tracker loading protection will now also work against Microsoft tracking scripts on third-party websites — reports The Verge. Advertising services use trackers to follow users across websites and profile them. These user profiles are then used to serve interest-based and...
Nehal Malik
6 hours ago