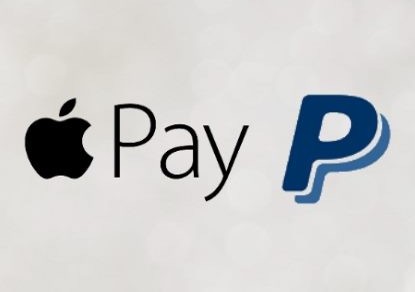 According to a recent survey carried out by shopping app platform Branding Brand, retail purchases made with Apple Pay are seeing growth in double digits, with consumers saying it’s now tied with PayPal as their preferred mobile payment system (via PR Newswire). Latest data collected from the survey of 1,000 Apple Pay users shows that in-app purchases with Apple Pay increased 17% from March 2017 to April 2017.

Branding Brand surveyed 1,000 Apple Pay users from April 21-24 to learn how and why consumers use Apple Pay to buy products. The survey also showed that Apple Pay orders comprised 26% of overall shopping app purchases during the month of March. Furthermore, 70% of Apple Pay users want more retailers to offer the service.

Although some industry reports have recently cited low customer adoption of contactless payments overall, but when asked what would make shoppers want to use Apple Pay, nearly 50% said loyalty rewards.

TikTok has revealed its 2022 year in review, highlighting the latest trends, creators, movements and moments that made this year one to remember in Canada and around the world. According to the social network, it says the “TikTok community elevated and celebrated creative expression in new ways–discovering, creating and sharing content that captured our collective imagination.” […]
Gary Ng
6 mins ago