Apple Pay Reportedly Set for July 14 Launch in the U.K.

According to a new report from 9to5Mac, Apple Pay will launch in the U.K. on Tuesday, July 14. The company is expected to begin training its own staff for its arrival on July 12.

9to5Mac has obtained documents from two retailers, including major British supermarket chain Waitrose, which confirms that Apple Pay will be launching on that date. The report notes that:

“Apple will also begin training its U.K staff on supporting Apple Pay on July 12th. Apple has begun enabling its mobile point of sale systems in England-based stores to take NFC payments and has been preparing materials to promote the Apple Pay launch in stores.”

The launch of Apple Pay in the U.K. will be the first time the service has been available internationally, following its launch in the U.S. last October. 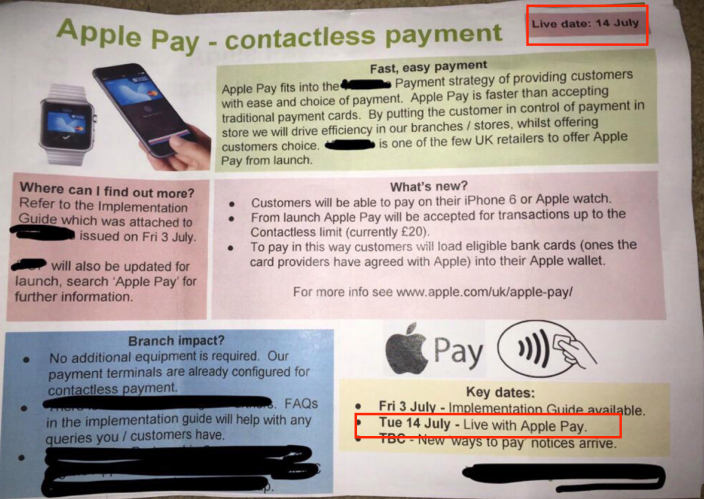 At launch, Apple Pay in the U.K. will be limited to transactions of £20, however this limit could increase in the future. The contactless payments cap seriously limits how much you can spend, so the British implementation won’t be quite as convenient as it is for U.S. users.