Bloomberg had the privilege of visiting the “realm in which the world’s most profitable smartphones are made”, the Pegatron facility where iPhones are assembled. After years of accusations over excessive overtime, Apple has adopted new procedures to keep its assembly partners from amassing excessive overtime. 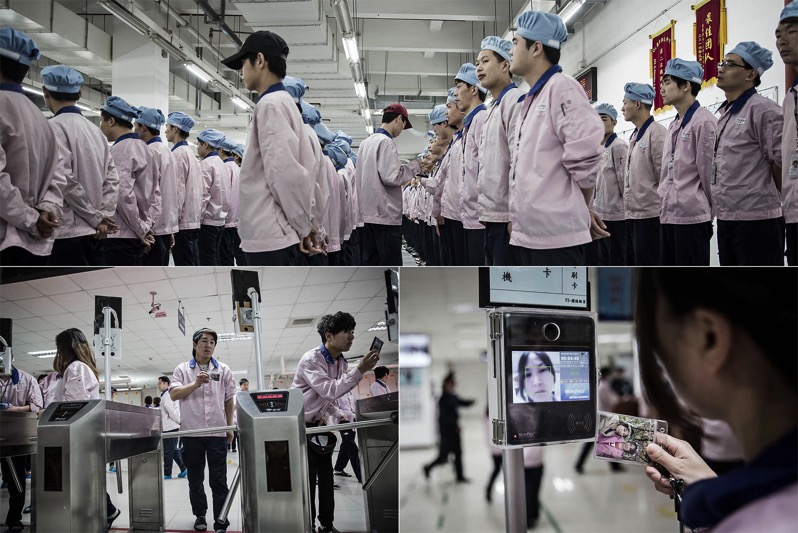 This is the first time a western journalist has set foot in the facility where Pegatron employs 50,000 people assembling iPhones. The report goes into detail, describing how “every second counts” and how the day starts at 9:20 a.m., when the 320-worker production unit lines up with “military precision” in four rows for their roll call.

While allowing a western journalist into the facility shows their effort to increase transparency, “Inside, the factory still hides a secret,” according to China Labor Watch (CLW), as pay stubs reveal the hidden part of the reality, that “workers need overtime simply to make ends meet.” For example, Pegatron’s Shanghai facility records from September and October 2015 show evidence of overtime.

Apple and Pegatron claim they were never contacted by CLW. The non-profit group says the opposite: It approached Apple but didn’t get a response.

The Bloomberg report goes into such details as the new ID system, which links badges to a database that tracks time, wages, and expenditure on dorm fees and lunch, which helped the manufacturer comply with overtime regulations to almost 100%. A worker cited in the report says they never work more than 60 hours a week.

The whole report is well worth a read. You can access it through this link.