Today, Apple has notified developers of plans to wipe CloudKit server data on both iOS 8 and Mac OS X Yosemite. The wipe will take place on Monday, July 7 and will erase all server-side data on CloudKit’s public and private databases. 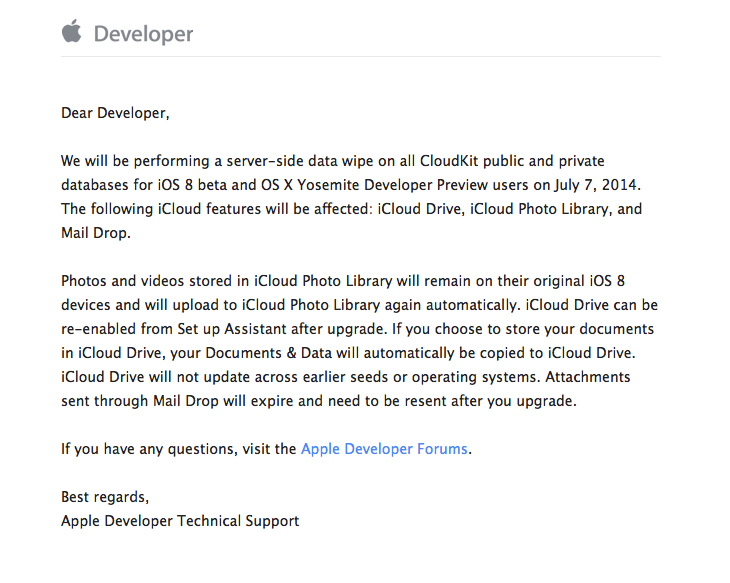 iOS and OS X users will have their server-side data erased for iCloud Drive, iCloud Photo Library, and Mail Drop. All data will remain locally on each of you iOS 8 or Mac OS X Yosemite devices.

The wipe comes one day before a rumoured launch of iOS beta 3 and the next developer seed of Mac OS X Yosemite. As of WWDC, Apple looks to be seeding new updates of its desktop and mobile operating systems to developers approximately every two weeks.

Both of the company’s operating systems, iOS 8 and Mac OS X Yosemite, are set to launch to the public this fall alongside some new hardware, including the iPhone 6. The company’s next-generation flagship smartphone is rumoured to launch in two sizes, 4.7 and 5.5-inches respectively, along with the long-rumoured health and fitness-focused iWatch.