Apple Polishing Cloth Now Back in Stock in Canada 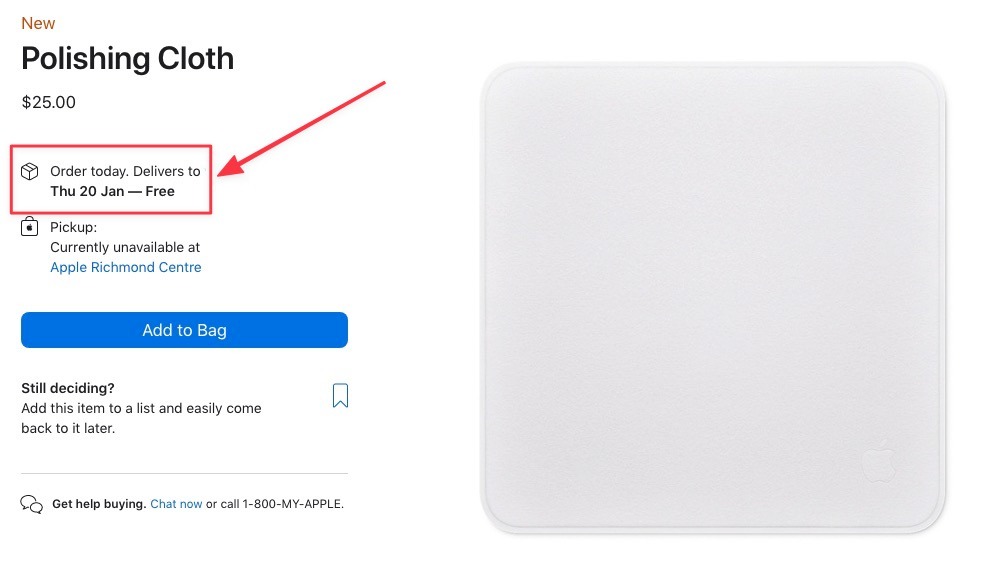 As bizarre as Apple launching a $25 Polishing Cloth for its devices was, it was even more bizarre to see just how quickly stock was gobbled up by customers.

Just three days after launch, Apple’s Polishing Cloth was sold out beyond Christmas in Canada. Around ten days since it became available, delivery dates for the 6.3″ x 6.3″ patch of microfibre had slipped well into 2022 and it had become Apple’s most back-ordered new product at a time when the iPhone 13 series had only been on the market for around a month.

If you weren’t able to get your hands on one in the three-ish months it has been since the Polishing Cloth launched, now is your chance. The Apple Polishing Cloth is now back in stock and is shipping immediately in the U.S. and Canada, reports 9to5Mac.

The Apple Polishing Cloth is a piece of fabric made out of “soft, nonabrasive material” that Apple says is a kind of non-woven microfiber, designed to clean the screens of the company’s products “safely and effectively.”

But does that really justify the $25 price tag? The sheer volume of Polishing Cloths Apple is moving would suggest there are plenty of people who believe it does. And if you happen to be one of them — or simply don’t want to miss out — go get yours today from Apple.ca.

Were you able to snag an Apple Polishing Cloth for yourself? If so, tell us your thoughts on the product in the comments below.