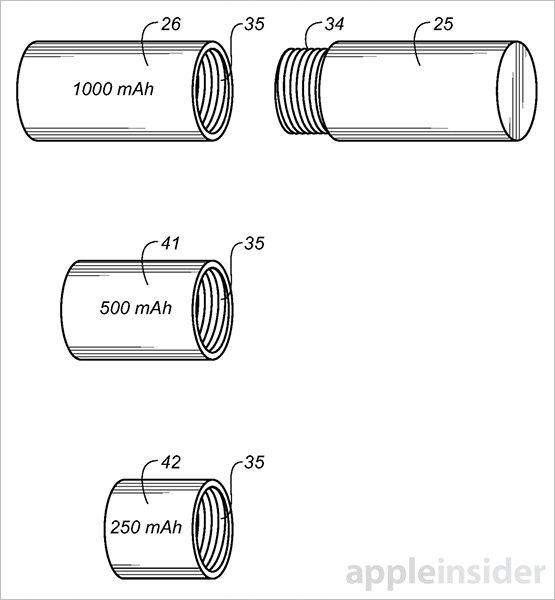 The first application titled “Hotspot device” details an ultra-compact cellular hotspot solution that solves a few problems commonly found in existing products. Apple notes that most mobile hotspots come with poor battery life and physical controls prone to accidental activation. To address these issues, Apple proposes a small, two-piece cylindrical hotspot with no external controls. One half of the device contains antennas and SIM card reader, while the other half holds a battery pack (shown above). 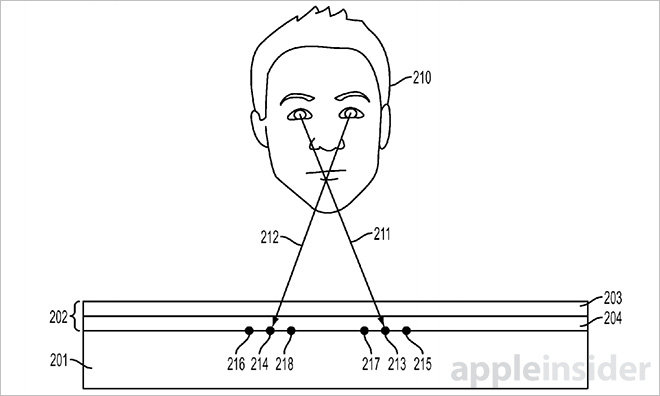 The second application titled “Spatially interactive computing device” describes an advanced display system that can output 2D images, 3D images or both at the same time, all without the need for special glasses. Furthermore, different viewers can see different images from a single screen.

“An image sensor tracks users’ eyes to gather movement data that is subsequently fed to a processing unit. Combining this information with display and overlay orientation (detected by onboard motion sensors) allows highly specific output to be presented to a user or users.

If executed correctly, the concept would bring a completely new dimension to content consumption. Users would be able to “look around” a three-dimensional image as if they were walking around a virtual object displayed onscreen, or view 2D/3D images and movies with friends”.

Both patent applications were first filed by Apple in November 2013.