Apple Posts Another Two-Page Ad in The Toronto Star, Also in Japan [PIC]

Earlier this week Apple posted a full two-page ad in the Toronto Star, and this morning’s paper revealed yet another image from the ‘Designed by Apple in California’ marketing campaign.

The image is taken from the designated ‘Designed by Apple in California’ web page and shows a woman riding in car while taking a picture with her iPhone. Next to the image is the company’s mantra on its intentions when designing products. Check it out below (via @drakeshipway): 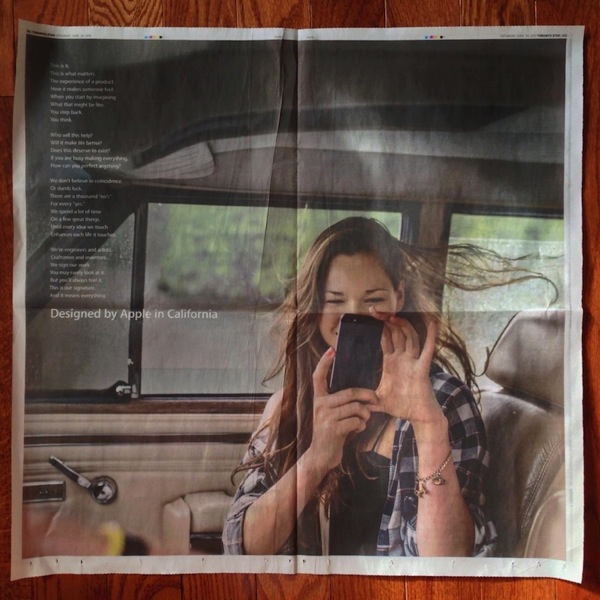 The ongoing marketing campaign is international too, as a couple days ago Apple took out a a two-page ad in a Japanese newspaper with the first ad we saw in the Star, notes Makotakara: 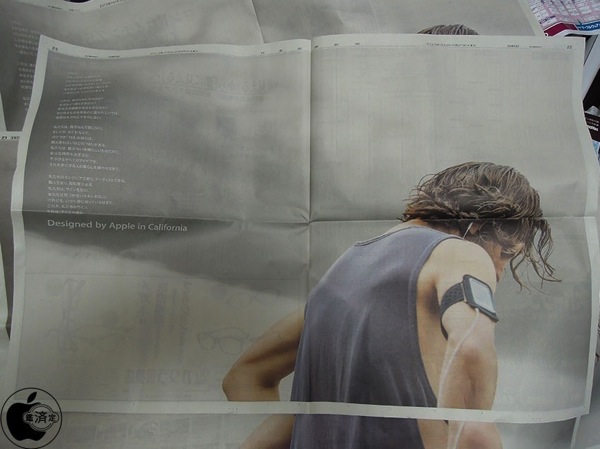 Let us know if you see any further ads in your local newspaper.