As pointed out by MacRumors, Apple has published a couple of new job listings on its website, seeking engineers expert in public transit, as part of its continued effort to improve transit options in its Maps application. The two job openings include a Maps Public Transit Engineering Manager and a Public Transit Software Engineer, who will work on developing and improving a major scale Transit Routing platform. 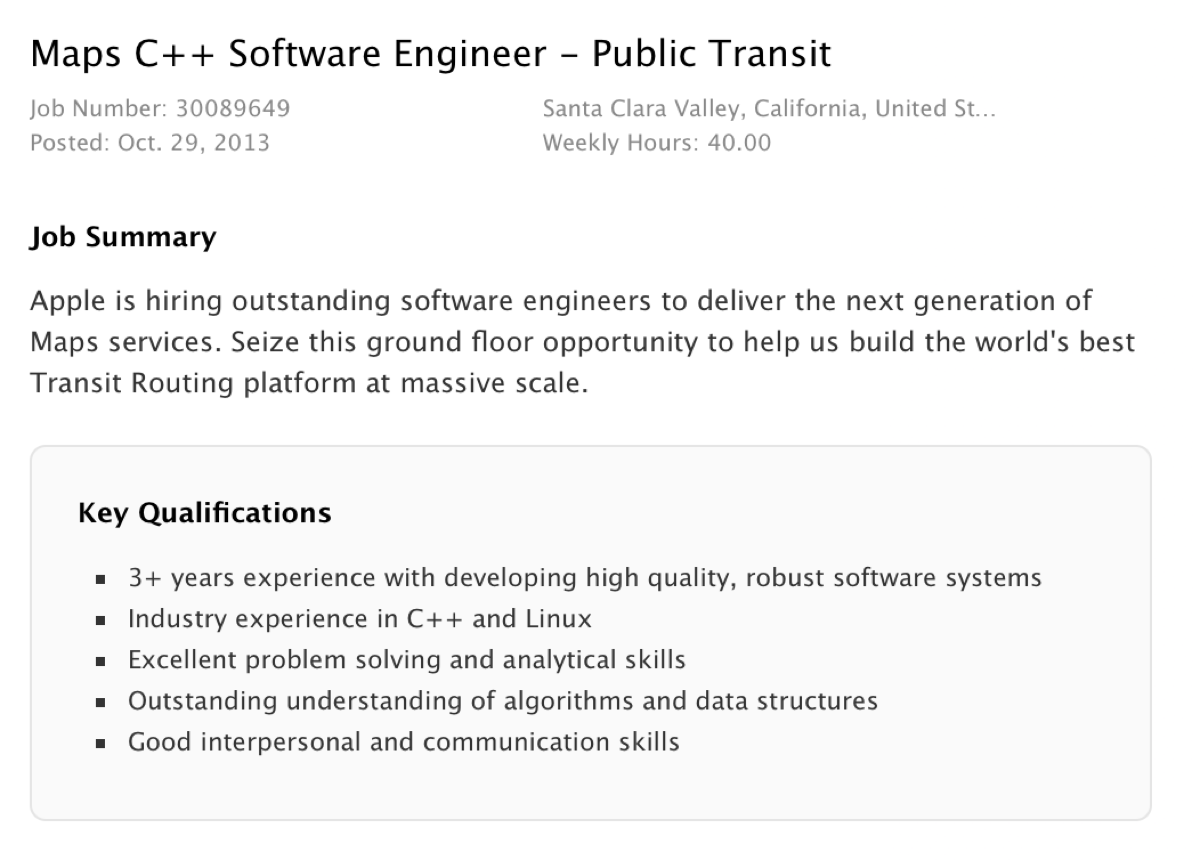 Apparently, Apple is looking to incorporate services offered by companies like HopStop and Embark , both of which offer apps and tools to provide subway, bus, train, taxi, walking and biking directions, into its own mapping service, for providing accurate, real-time information on public transportation routes through its Maps applications for iOS and OS X.

As a member of the Transit Routing team, you will work on one of the most anticipated features of Apple Maps. You will design and implement functionality that will be used by millions of users worldwide. Being part of a small team, you will have an influence on the future product.

You will be responsible for implementing new features and resolving complex issues. You will work on high performance server code using C++ in Linux environment. Work with engineers and QA to deliver high quality routes to our customers. Challenge the status quo and improve design of existing software. Participate in design and code reviews.

The listing notes that applicants need to have a BS or MS degree in Computer Science or equivalent, in addition to having experience in developing navigation software and in-depth knowledge about public transit.