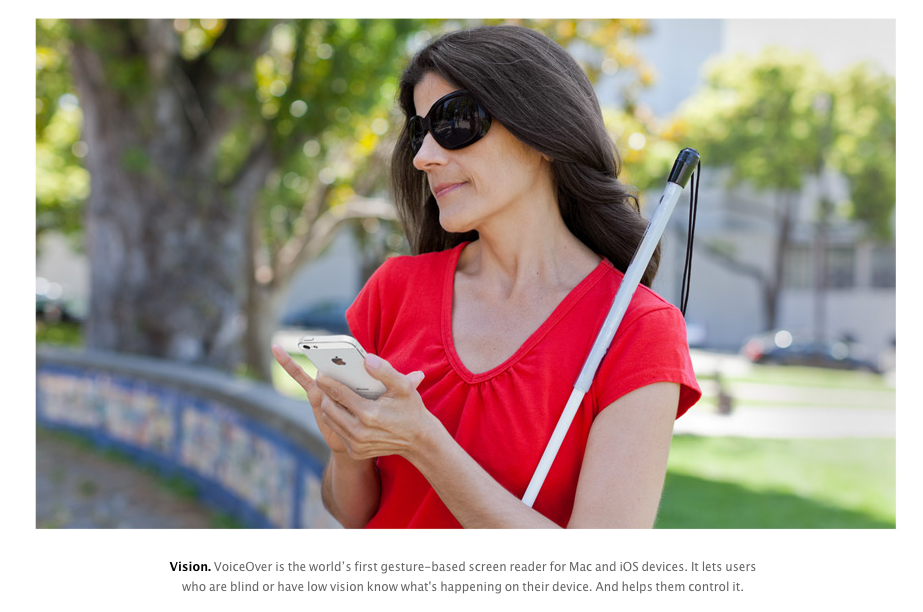 Last week, Reuters inaccurately reported that the National Federation of the Blind had an issue with the accessibility of Apple’s apps.

Over the past several years, Apple has shown that it takes accessibility in its products very seriously. It didn’t take long for the Cupertino-based company to point out that their products should be enjoyed by everyone, including those with disabilities.

President of the National Federation of the Blind Mark A. Riccobono wrote a lengthy blog post praising Apple’s work on accessibility and also pointing out what can be done to improve this even more in the future. Riccobono said:

“Apple has done more for accessibility than any other company to date, and we have duly recognized this by presenting the company with at least two awards (including our annual Dr. Jacob Bolotin Award) and publicly praising it whenever the opportunity arises. We do not want to needlessly antagonize a company that has been such an outstanding accessibility champion. Nevertheless, inaccessible apps continue to proliferate, and blind users cannot update the apps on their iPhones without anxiety.”

In the second half of his post, Riccobono says that he hopes to continue working closely with Apple to improve usability for blind users.

“People have asserted that we have thrown Apple under the bus, and are making demands and threats, including the threat of litigation.

Hopefully we will see a continued partnership between Apple and the National Federation of the Blind. With every release of iOS, Apple has continued to improve its accessibility features and I see no reason why the company would stop innovating in this space.