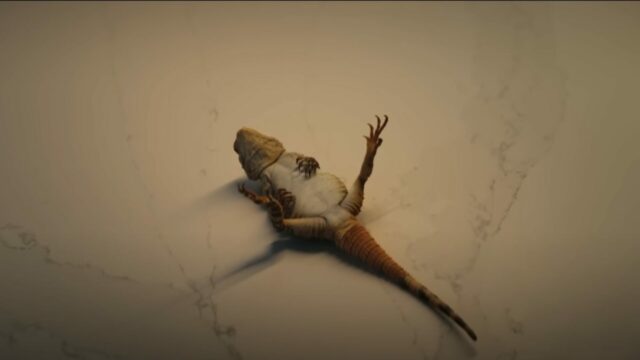 Apple has debuted two new short ads, highlighting specific features of the iPhone 14. One is dedicated to the new Action Mode feature for the camera of the flagship device. The other showcases Unsend iMessage.

In the Action Mode-oriented ad, Apple promotes the camera’s ultra-wide lens and its ability to use stabilization in order to rid recorded videos of shaky motions and effects. The feature was a focal point in Apple’s marketing of the iPhone 14 and its upgrades. “Action mode turns a shaky camera into smooth video. Relax, it’s iPhone 14,” the company says. Users can gain a similar experience to using a gimbal when Action Mode is activated.

The second ad, dubbed “R.I.P Leon” centres around a humorous exchange between a man pet-sitting a lizard. The ad promotes iPhone 14’s Unsend iMessage feature, which enables users to edit and unsend texts via the Message app. “Unsend and edit messages. Relax, it’s iPhone,” Apple says in the video description. The ad shows a man sending a text informing a friend that his pet lizard Leon has died. However, moments later, Leon moves and the man scrambles to unsend his message.

Once again, Unsend iMessage was a major talking point for Apple upon the launch of the new devices. However, it is not exclusive to iPhone 14. For those unaware, this feature is available on every iPhone and iPad running iOS 16 and iPadOS 16.

Fresh off the heels of the launch of Apple's HomePod (2nd-Gen), TF International Securities' Apple analyst Ming-Chi Kuo believes a successor to the HomePod mini 2 could be on its way. In a tweet thread surrounding Apple supplier Goertek, Kuo discussed that the Weifang-based components company has "secured NPI and assembly orders" for the ‌HomePod mini‌...
Steve Vegvari
17 hours ago