Apple is reportedly preparing its first iTunes Store overhaul in 3 years which is expected to go live by the end of 2012 according to 9to5Mac. Apple replaced the old blue-ish iTunes Store with the current white-themed one back in 2009 focusing primarily on the store’s downloadable content while expected re-design is said to be even simpler and more user-friendly than this. It is said that Apple started working on the new design in response to launch of new services in the United States such as Spotify music streaming service and the Amazon’s online music store. 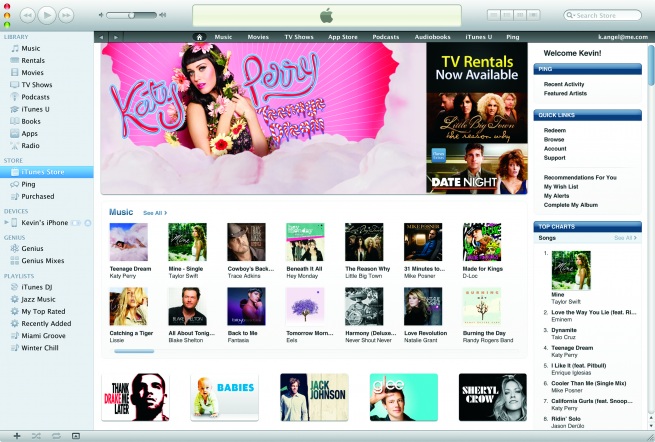 Apple is working on ways to enhance the speed and efficiency of finding new content, such as songs, videos, and applications. The cornerstone element of Apple’s new iTunes Store is interactivity. As Apple vaguely explained to a number of music labels and entertainment partners, Apple is looking to make the iTunes Store a much more engaging experience.

While the iTunes App Store is an incredibly and unprecedentedly popular service, many users have complained about how difficult it sometimes is to find new and exciting software for their iPads, iPhones, and iPod touches. Apple is likely working on a more interactive way of locating iOS device software to solve these concerns.

It is not clear whether this new iTunes Store will launch alongside an entirely new version of the iTunes application for Mac and PC. I’m sure we’ll find out soon enough!