Apple has dropped the price of its refurbished fifth generation iPod touch models by $30. The refurbished store now lists the following prices: 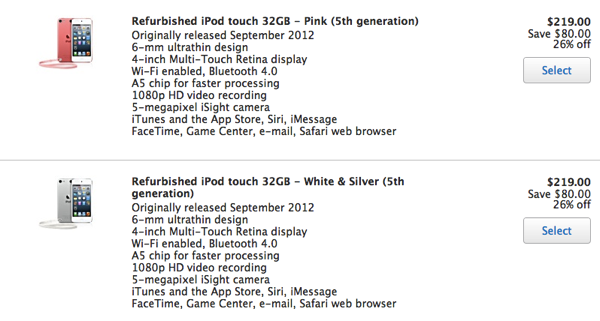 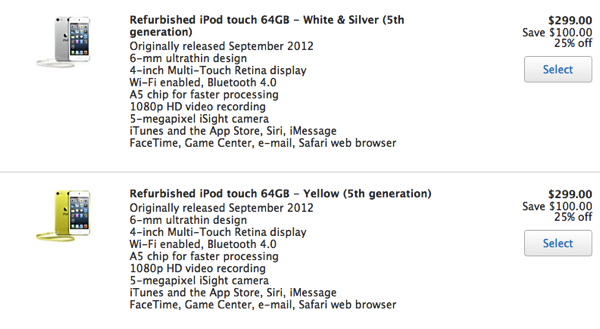 The 16GB iPod touch, which does not have an iSight camera or wrist loop, is $229 brand new. You’re better off buying a refurbished 32GB model, which is $10 less than a new 16GB model.

Refurbished iPod touch models all come with a brand new external shell and battery, plus one year warranty. If you are looking to get started on your Christmas shopping (wait, what?), this might be the time to jump on a deal.

The fifth generation iPod touch was released back in September 2012 and many expected a refresh during this year’s iPhone and iPad special events, but that didn’t happen. With these new price drops, could it be a sign new models are coming soon?