Like last year, Apple has shared a video of the company’s participation in the San Francisco Pride Parade. This year’s parade took place on June 28, 2015, and CEO Tim Cook was in attendance as well. 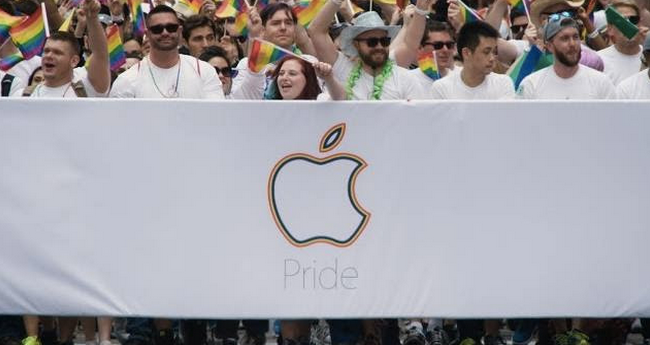 On June 28, 2015, thousands of Apple employees along with their families and friends joined together to march in the San Francisco Pride Parade. They came from all over the world to help demonstrate and celebrate our deep commitment to equality and diversity. Because at Apple, we believe that inclusion inspires innovation.

Last year, 5000 Apple employees and families participated in the parade, while this year, over 8000 participated, as noted by Cook on Twitter.