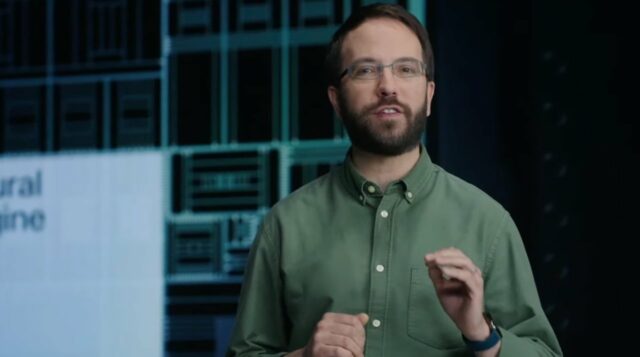 In the interview, posted on YouTube, the Apple executive discusses the Cupertino company’s privacy goals and how it plans to achieve them, reiterating its commitment to keeping users’ data safe and secure.

“We think about privacy being a fundamental human right, and how the only way that you’re going to realize that is by designing it into everything that we build… we want great features and great privacy and I think we’ve shown time and time again across the years that we can deliver on that…,” Neuenschwander said.

It’s #DataPrivacyDay, a perfect day to highlight the work our privacy teams do 24/7 to keep your info safe — like with Mail Privacy Protection, App Privacy Report, App Tracking Transparency, and other features. Watch @reneritchie‘s video for more. https://t.co/4bbpC3RXhq

He also discussed how Apple uses data minimization to reduce the amount of data collected on users in the first place, and how it tries to ensure that apps and services only use the data they need to function and nothing more, stating that avoiding data collection upfront was “a great way to be privacy-respecting to the user.”

The exec’s comments echo changes made by Apple in recent years to software and hardware, notably in iOS 14 with the addition of App Tracking Transparency. The feature means that users must opt-in to tracking using an IDFA number across apps and services, a tool previously used to target specific advertising on platforms like Facebook.