In response to US President-elect Donald Trump’s calls for manufacturing in the United States, if Apple decides to shift production from China to the U.S., majority of its China-based supply chain partners will not follow suit, DigiTimes is reporting. According to a qq.com report, Apple’s suppliers in China have indicated that they will not set up production lines in the U.S. due to higher labor and overall operating costs. 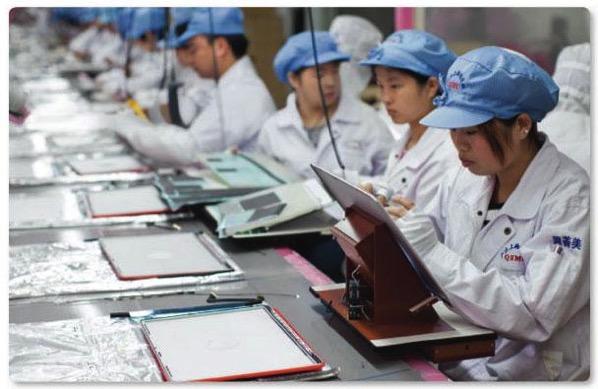 Another reason mentioned by the suppliers is the “increased costs incurred due to environmental accommodations”. One Apple supply chain partner based in Shenzhen, Southern China, said that for iPhone production in particular, there is a comprehensive supply chain in place in the country, which covers panels, lens modules, touch panels, flexible PCBs, batteries and assembly. This helps them in responding and adapting quickly to Apple’s production demands.

“Lens Technology, a China-based supplier of cover glass used in iPhones, indicated that it will not set up production lines in the US due to labor supply, although power and land costs in the US are lower than in China. Lens Technology has 70,000 workers of whom all are below 45 in age, while most labor in the US is of over 45 years old, the company said. In addition to high wage rates, workers in the US are reluctant to accept varying working schedules, Lens Technology added”.

To put things in perspective, it takes maximum 10 days for the suppliers to deliver moulding metal components in Shenzhen, but in the U.S., the same would take more than one month.