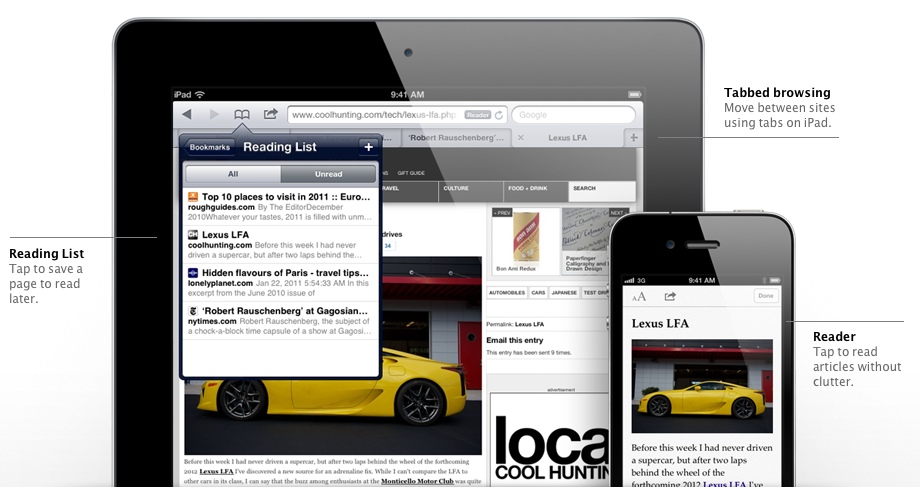 More and more Canadians are accessing the internet away from their traditional computers and using either Apple’s iPhone, iPad, or iPod touch. The latest report from comScore reports a combined 83% of mobile internet traffic in Canada in May for all three devices. The report covers 13 countries over 5 continents.

Canadians use their iPads to access the internet more than anyone else on the planet, with 33.5% of non-computer traffic. Canadian iPhone usage was slightly higher at 34.6%, and the iPod touch was used 14.9%.

As for the mobile internet usage of Apple’s competitors, Android smartphones accounted for 8.2% (one of the lowest rates of Android usage), and other smartphones were at 3.6%. 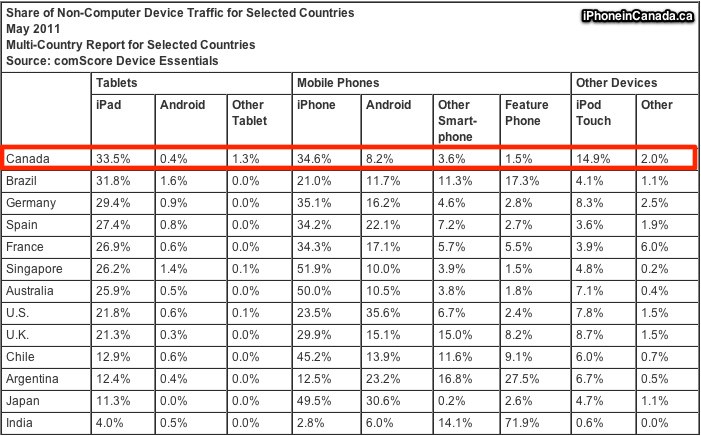 How Did Apple Accomplish This?

It’s easy. We take for granted how easy and seamless WiFi is on our iPhones, iPads, and iPod touches. After the initial pairing to any network, it just connects automatically every single time once you’re within range. Oh, and throw in the sale of over 200 million iOS devices sold (25 million iPads were sold in 14 months), and it becomes even easier to understand.

Combine that with Apple pioneering their class-leading browser Mobile Safari, it’s clear how easy it is to dominate your competitors. Mobile Safari will get new features such as Reader, Reading List, and Tabbed Browsing (iPad only) coming in iOS 5–so expect this number to grow even higher.

I was beyond impressed when I laid my hands on the first generation iPhone back in 2007. It quickly became my device for browsing the web instead of using my Dell 700M. I know of many friends that use their iPhones as their only source of internet.

Canadians are among the highest users of internet in the world, with a staggering 78% populationÂ penetration rate (even thoughÂ it’s the most expensive too). Apple devices are the vices we use to feed our internet addiction.

How often do you use your iPhone, iPad, or iPod touch instead of your computer to access the web?