Apple Promo: $60 iTunes Card with Any Beats Purchase (Canada Too!) 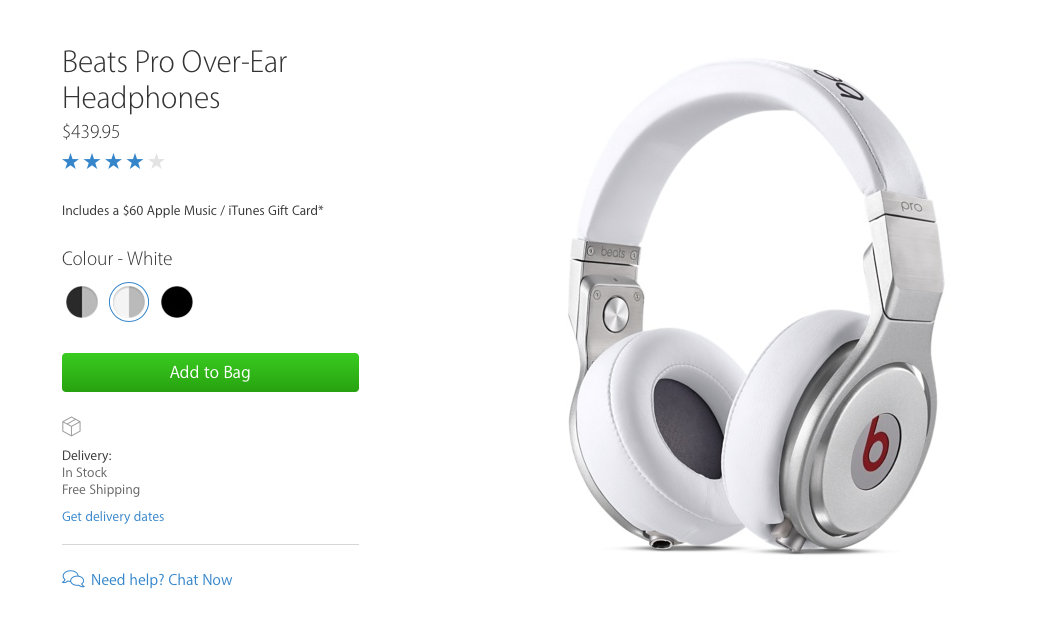 As spotted by 9to5Mac, Apple has launched a new promotion available both online and offline (in retail stores): Anyone who buys Beats headphones or speakers will get a $60 Apple Music/iTunes Gift Card.

The promotion comes just in time for the holiday shopping season and runs between December 3 and December 28, 2015.

Now it only remains for you to select the speakers or headphones you like, and there are a “few” to choose from: Starting from Beats Tour2 in-ear headphones and Beats by Dr. Dre Solo 2, up to Beats Pro Over-Ear headphones. All models are eligible for the $60 iTunes/Apple Music gift card.

Will you jump on this deal?