Apple has just published its Q3 2012 earnings in a press release, reporting a total revenue of $35.0 billion and net quarterly profit of $8.8 billion. Quarterly iPhone sales reached 26.0 million while 17.0 million iPads were sold, a figure which is up 84% year-over-year. Apple has also declared a growth in gross margin of 42.8 percent, compared to 41.7 percent in the year-ago quarter. Full press release is after the break: 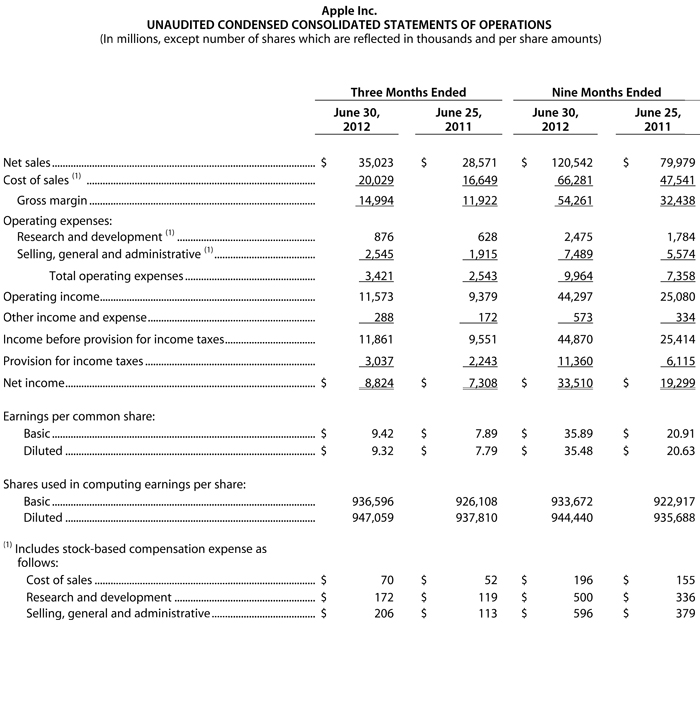 Apple’s Board of Directors has declared a cash dividend of $2.65 per share of the Company’s common stock. The dividend is payable on August 16, 2012, to stockholders of record as of the close of business on August 13, 2012.

“We’re continuing to invest in the growth of our business and are pleased to be declaring a dividend of $2.65 per share today,” said Peter Oppenheimer, Apple’s CFO. “Looking ahead to the fourth fiscal quarter, we expect revenue of about $34 billion and diluted earnings per share of about $7.65.”