Citing people familiar with the matter, a Bloomberg report is claiming that Apple is cutting back on buying corporate bonds as it prepares to repatriate its $252.3 billion foreign cash pile without a major tax hit. With other tech firms like Alphabet and Oracle also doing the same, the cutback in buying could have an impact on corporate borrowing costs. 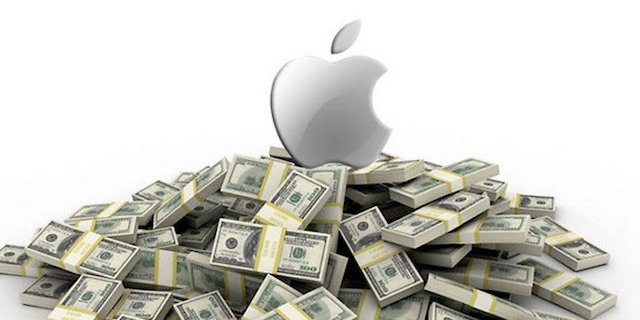 According to Bloomberg’s sources, who asked not to be identified because the information isn’t public, tech companies have started sitting out bond deals this year as they look to trim their holdings.

Investors in investment-grade corporate bonds have been bracing for a market with fewer buyers since the new U.S. tax law was enacted late last year. Companies like Apple have been buying bonds with offshore funds since then, rather than simply holding cash.

“The pullback of a big investor like the tech companies adds to the underlying weakness” in the investment-grade corporate-bond market, said David Knutson, the head of Americas credit research at Schroder Investment Management, which oversees more than $500 billion.

U.S. companies have an estimated $3.1 trillion of corporate cash offshore, most of it in government and corporate bonds. The Trump administration’s tax bill slashes the tax rate on repatriated cash and liquid securities from 35 percent to 15.5 percent.

Almost $157 billion of Apple’s $285 billion in cash is invested in corporate debt, which makes the Cupertino giant a leading lender.