Apple Pulls the Plug on Chomp for Android

Back in February, Apple acquired three year old start up Chomp for a reported $50 million dollars. The app discovery service acquisition leads many of us to believe a revamp of the App Store is coming soon. Now, it appears after the Apple takeover of Chomp, Cupertino has pulled the plug on the Android side of the tool, as it is now gone from the website, notes GigaOM:

Apple acquired app discovery service Chomp earlier this year, betting that it would help make app discovery easier and better on its iTunes Appstore. The casualty of that acquisition is the Chomp for Android app which seems to have been discontinued.

Here’s an image of Chomp before the Apple acquisition:

…and here’s the site today–notice it only offers iPhone and iPad search: 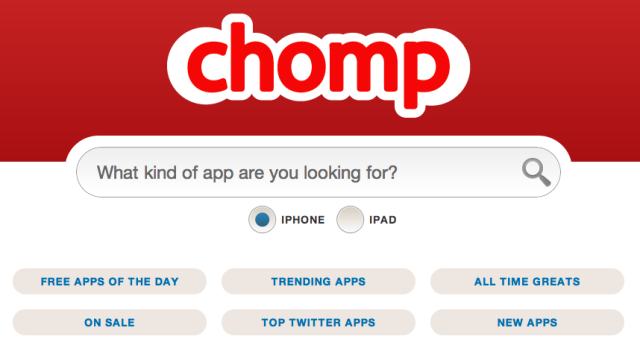 Surely, this must be part of Apple’s ‘thermonuclear war’ on Android.