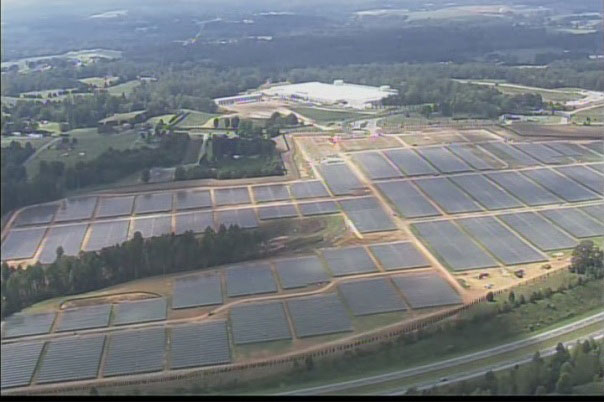 Apple’s gearing towards running its Maiden, North Carolina data center on 100% renewable energy, and today they’ve increased efforts in doing so by purchasing 220 additional acres in Catawba County to build another solar farm. The $3 million deal was detailed by the Hickory Daily Record.

The other Apple data center located just a few miles away will launch later this year. Here is more on the report:

Apple recently closed on the land purchase that includes a tract of 218.885 acres and another tract of 0.251 acres, according to deeds and a plat book at the Catawba County Register of Deeds. […]

The Conover site is the only other property Apple now owns in the area in addition to the main data center campus and solar farm in Maiden. With the two solar farms and a bio-gas-powered 5-megawatt fuel cell installation, it will be the largest non-utility installation in the country, according to Apple. The company expects to generate 124 million kWh a year, which would power the equivalent of 10,874 homes, Apple says on its website.

With these two facilities Apple will be capable of producing 124 million kilowatt-hours of renewable energy annually. The massive iCloud data center should be run on 100% clean energy by the end of 2012.

The purchased land is currently empty and lacks any kind of solar-farm infrastructure. Microsoft and Facebook were prior pursuers of the land, however ended up empty-handed because they requested at minimum a base-infrastructure.