Update 1: Here are some more details from the conference call, via the WSJ:

Apple has just posted their Q2 2011 financial results, and to nobody’s surprise they are staggering once again:

CUPERTINO, Californiaâ€”April 20, 2011â€”AppleÂ® today announced financial results for its fiscal 2011 second quarter ended March 26, 2011. The Company posted record second quarter revenue of $24.67 billion and record second quarter net profit of $5.99 billion, or $6.40 per diluted share. These results compare to revenue of $13.50 billion and net quarterly profit of $3.07 billion, or $3.33 per diluted share, in the year-ago quarter. Gross margin was 41.4 percent compared to 41.7 percent in the year-ago quarter. International sales accounted for 59 percent of the quarterâ€™s revenue.

â€œWith quarterly revenue growth of 83 percent and profit growth of 95 percent, weâ€™re firing on all cylinders,â€ said Steve Jobs, Appleâ€™s CEO. â€œWe will continue to innovate on all fronts throughout the remainder of the year.â€

â€œWe are extremely pleased with our record March quarter revenue and earnings and cash flow from operations of over $6.2 billion,â€ said Peter Oppenheimer, Appleâ€™s CFO. â€œLooking ahead to the third fiscal quarter of 2011, we expect revenue of about $23 billion and we expect diluted earnings per share of about $5.03.â€

Wow. More as this develops… 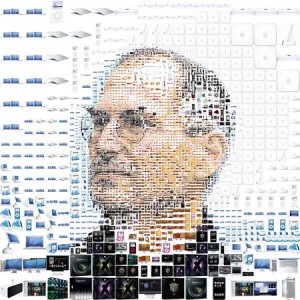