The iPhone maker says it “helped accelerate the development of this technology,” as it also has partnered with the Governments of Canada and Quebec, for a collectively combined $144 million investment to fund future research and development. 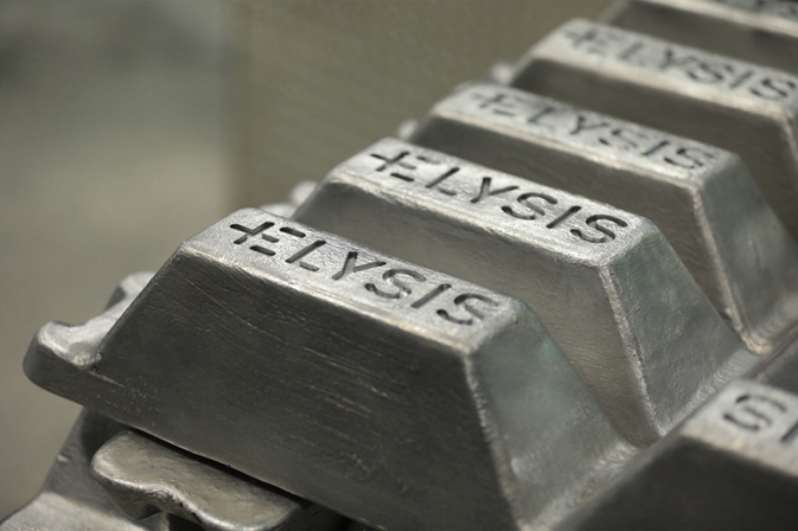 The world’s first aluminum produced through a carbon-free smelting process, according to Apple.

“Apple is committed to advancing technologies that are good for the planet and help protect it for generations to come,” said Tim Cook, Apple’s CEO. “We are proud to be part of this ambitious new project, and look forward to one day being able to use aluminum produced without direct greenhouse gas emissions in the manufacturing of our products.”

The announcement was made today in Saguenay, Quebec, with Prime Minister Justin Trudeau, Quebec Premier Philippe Couillard and Apple Senior Director Sarah Chandler in attendance. Rio Tinto has operated its Arvida smelter in Saguenay since 1954.

The Globe and Mail reported last night Trudeau was set to make an aluminum announcement in Saguenay today, where a by-election is set to take place soon.

“Today’s announcement will create and maintain thousands of jobs for Canadians, significantly reduce Canada’s carbon footprint, and further strengthen the aluminum industry in North America. It is a truly historic day for the aluminum industry – and for all Canadian aluminum workers – who play such an important role in our economy and our country’s future,” said Prime Minister Trudeau, in a statement.

Total Canadian investment is pegged at $188 million (CAD) and Elysis will be headquartered in Montreal, while a research facility will reside in the Saguenay–Lac-Saint-Jean region in Quebec.

Apple says their involvement began three years ago, when a few engineers tried to find a cleaner way for mass aluminum production.

Apple engineers Brian Lynch, Jim Yurko and Katie Sassaman eventually ended up working with Alcoa Corporation, after discovering the company had created a new process which releases oxygen instead of carbon dioxide.

Elysis will continue to develop this cleaner aluminum smelting technology, with first planned sales to begin in 2024, with Apple continuing to provide technical support.

Apple says “If fully developed and implemented, this new method has the potential to eliminate direct greenhouse gas emissions from the smelting process around the world, strengthening the closely integrated Canada-United States aluminum and manufacturing industries.”