Which companies are you most satisfied with when shopping online? According to the latest ForeSee E-Retail Satisfaction Index, Apple has risen 5 points to trail the leader, Amazon. The scale used is a 0-100 point index and overall, Apple is in a two-way tie with QVC, but topped the Consumer Brand Manufacturer and Computers and Electronics and categories. Trailing Apple in the latter category was Newegg (82), Dell (80), and BestBuy (80).

After grabbing the top spot from Netflix last year, Amazon (89) remains the leader of the pack, improving three points from 2011’s score of 86. Apple was another big mover, increasing to 85 with a five-point improvement.

Here are a glimpse of the rankings below: 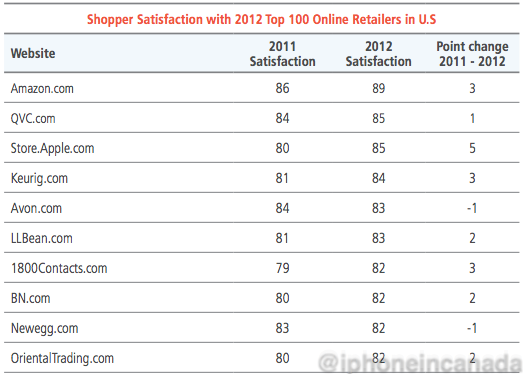 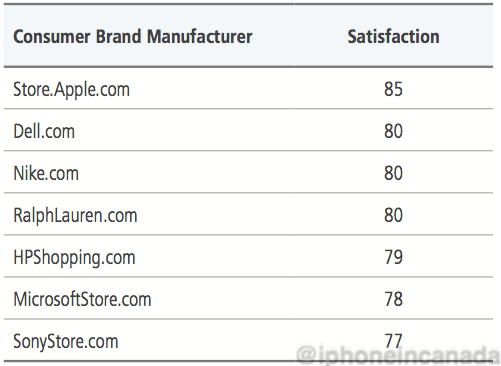