According to the latest data compiled and published by Bloomberg, Apple seems to spend the least percentage on research and development (R&D) compared with every other large U.S. technology company. The company spent just 3.5% ($8.1 billion) of its $233 billion in revenue on R&D in fiscal 2015, compared to 21% ($2.6 billion) by Facebook, 22% by Qualcomm ($5.6 billion) and 15% ($9.2 billion) by Google. 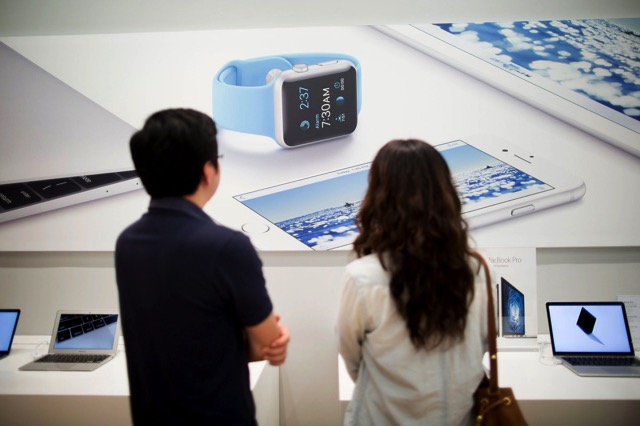 Back in 1998, Steve Jobs said that “innovation has nothing to do with how many R&D dollars you have”. He used to point out that when the Mac was introduced, IBM was spending about 100 times more than Apple on research. Apple does not believe in the philosophy that a leading tech company must reinvest a sizable amount of its sales in R&D or risk being overtaken.

In fact, the company takes advantage of advances made by its suppliers, focusing on crucial technology such as semiconductors, according to Ram Mudambi, a business school professor at Temple University in Philadelphia. This way, Apple motivates its suppliers to pitch the company their biggest breakthroughs.

“Apple however knows it can’t rely on its suppliers for everything. It’s expanded research outlays significantly over the past three years, to $8.1 billion in fiscal 2015, up from $6 billion in 2014 and $4.5 billion in 2013. One of the biggest investments has been in the proprietary semiconductors at the heart of the iPhone and iPad. The latest A9 chip, built for the iPhone 6S and iPad Pro, is faster than any chip on the market made by leading semiconductor companies. Apple’s workforce has also increased sharply over the past few years; as of Nov. 20, the company had 135 chip-related job openings for engineers and designers. The growing research budget hints at future products, such as the company’s rumoured car”.

So even though Apple has doubled its R&D spending since 2013, it still spends a smaller portion of revenue than any other leading tech company in the U.S.