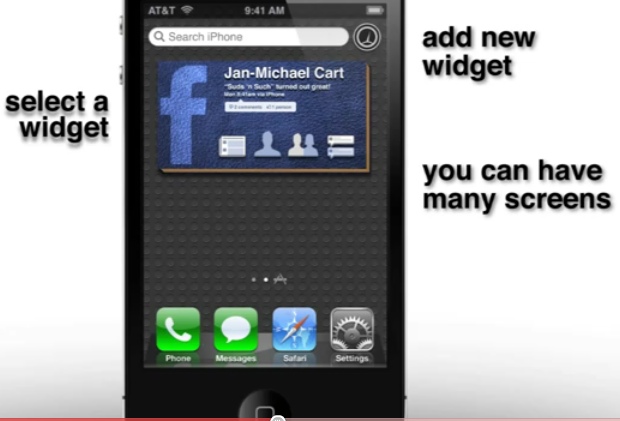 Here we go with some last minute iOS 5 rumours. According to This is My Next, Apple is preparing a new type of messaging for iOS users, similar to RIM’s BBM service. Essentially, a free Apple messaging service, which is something I’ve been calling for (part of my WWDC wishlist) the longest time:

The word is that Apple is readying its own MMS / SMS protocol which will be a native part of the phone. Weâ€™re not entirely clear on how this would work, but apparently it will be able to automatically identify iOS users and route the message accordingly. Weâ€™re told the functionality would be similar to third party applications like Textie, but with less fuss

Not only that, they also claim to have heard about notifications similar to Peter Hajas’ popular MobileNotifier, and also a new notifications/widgets area similar to Android OS where you swipe down from the top of the screen (weather icons will still not be live they claim).

What about the lockscreen? It’s been naked for the longest time, but major changes are coming:

There will now be notifications shown on this screen with a small icon to the left of each notification â€” you can drag that icon as you would the unlock slider and youâ€™ll be taken directly to the app itself (similar to TouchWiz for Android). You wonâ€™t get weather or stock widgets here, only notifications â€” and itâ€™s not clear if upcoming calendar events or the like will be represented.

How credible are rumours by This is My Next? They’ve previously claimed of a redesigned iPhone with larger screen, could that be coming? Joshua Topolsky is the former editor of Engadget, so he’s bound to have some credible scoops.